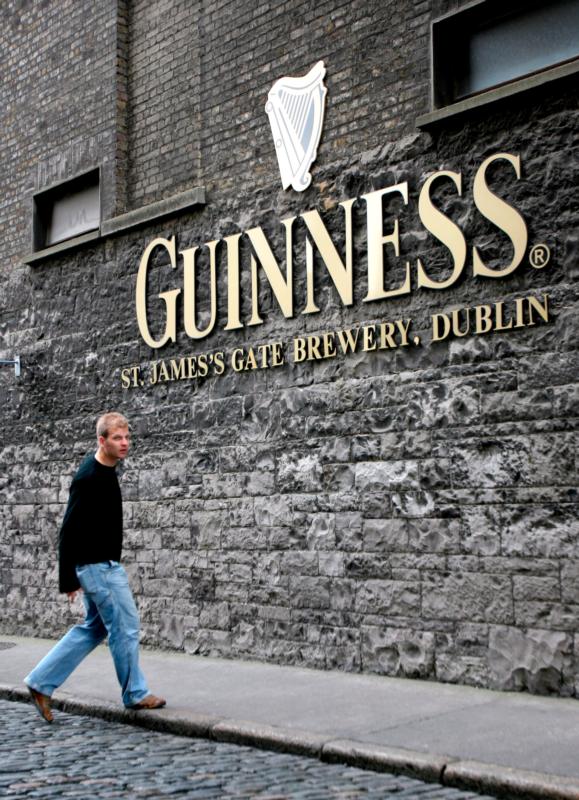 A young man walks outside the St. James’s Gate Guinness Storehouse in 2007 in Dublin. Young people in Ireland are increasingly looking for an alternative to the drinking scene, with up to 8,000 teenagers signing up to the Pioneer Association last year. (CNS photo/Andy Rain, EPA)

DUBLIN (CNS) — Young people in Ireland are increasingly looking for an alternative to the drinking scene, with up to 8,000 teenagers signing up to the Pioneer Association last year.

The temperance group, known formally as The Pioneer Total Abstinence Association, said school visits by their representatives are increasingly paying off, with more and more students pledging to abstain from alcohol until they turn 18 and to keep away from illicit drugs for life.

“We live in an age where people are a lot more conscious of their health, and that message certainly seems to be getting through to young people and has helped lead to a growth in short-term pledges,” he said. “Also, alcohol-related issues seem to be in the news every day, so people are much more aware of the problems it creates.”

More than 130,000 people have signed up to the Pioneers, who stress their message is “not anti-alcohol, rather anti the abuse of alcohol and excessive consumption.”

The Pioneer Association was founded in 1898 by Jesuit Father James Cullen, and its pin soon became a ubiquitous symbol of teetotalism, set against an alcohol-fueled culture.

Successive surveys have found that 20 percent of Irish people describe themselves as nondrinkers, the highest rate of nondrinkers in Europe.

But those statistics are overshadowed by the amount of alcohol consumed in Ireland, which again tops the list of European nations.

According to recent figures, the average Irish adult drinks 11.9 liters — more than 12 quarts — of pure alcohol a year. That’s the equivalent of 44 bottles of vodka, 470 pints of beer, or 124 bottles of wine in the space of just 12 months.

“Certainly, if people don’t drink or drink in moderation, it’s one less area to worry about in life and leads to more peace and harmony in the home,” O’Connor said.

“There’s a lot of peer pressure among young people to drink, particularly when they go to college, where it’s ingrained in their social life,” he said.

“But when I give talks, I also tell people that they are much more likely to have a successful relationship or marriage if they seek a life away from alcohol,” he said. “Statistics show that up to 50 percent of marriages break up due to alcohol abuse.”