Born of mergers, 3 parishes mark 25 years in times of change 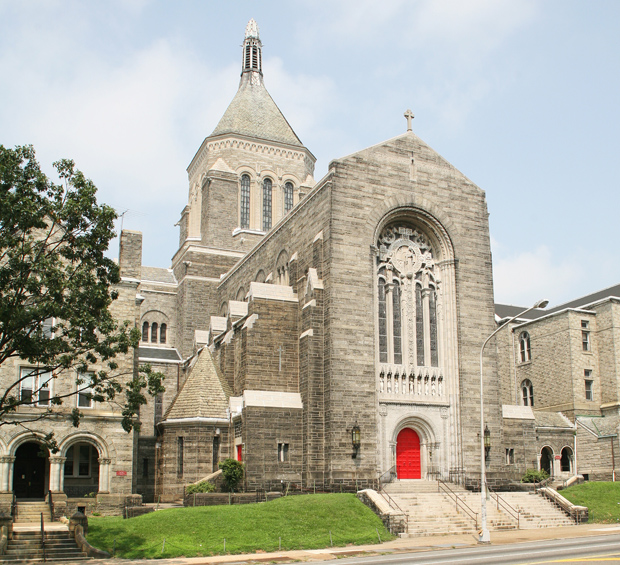 Our Lady of Hope Parish, located at 5200 North Broad Street in North Philadelphia at the site of the former Holy Child Church, became the new spiritual home for Catholics of the area after a 1993 parish merger.

Several archdiocesan parishes have or will celebrate a milestone anniversary of their founding this year. Three of them celebrating their 25th anniversary – Our Lady of Hope and St. Martin de Porres in North Philadelphia and St. Katharine Drexel in Chester – were born out of painful circumstance.

On April 2, 1993, the Archdiocese of Philadelphia stunned the local community when it announced it was closing or combining 12 parishes in North Philadelphia and six of the seven parishes in Chester into one, with the seventh combining with a parish in Clifton Heights, Delaware County.

The greatest single factor at that time was white Catholics moving to suburbs and being replaced in the area by mostly non-Catholic African Americans.

Gesu Parish, founded in 1868, merged into St. Malachy, although its church remains as a chapel for St. Joseph’s Preparatory School.

Now it’s a quarter century later, so how are the combined surviving parishes doing?

A comparison of parish registration figures from the following year, 1994 to 2016 (the most recent figures posted online) generally show a decline for the surviving parishes.

But parish registrations are not always what they seem. Not everyone calls the rectory when they move in or move out or when their children have moved away.

Probably a better indicator of the health of the parish is the number of people who attend Mass and the number of children baptized. It is especially noteworthy if baptisms outnumber funerals, which does usually happen in the city parishes these days.

Also, parishes that are near a college or university or hotels may have deceptively high Mass attendance by non-residents. There are Catholics who choose to worship in a non-parish setting, for example at a monastery, convent hospital, nursing home or school, and they are not counted in parish attendance.

There are also instances of undercounts in registration, perhaps most noticeable in the parishes with a Hispanic majority.

Looking at the figures for St. Veronica, which showed 164 on parish rolls, “actually it’s about 400,” said Father Joseph LoJacono, I.V.E., who has been pastor this past year.

The parish has about 800 attending Mass on a given weekend, and Father LoJacono believes there are really about 20,000 Latinos in the area, many of them immigrants, but unchurched or being proselytized by evangelical or Pentecostal groups who often have an anti-Catholic message. 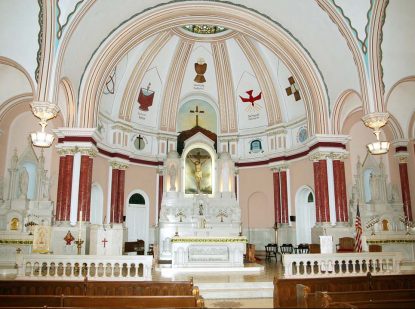 The interior of St. Veronica Church, located at 6th and Tioga Streets in North Philadelphia.

“We have conducted several missions and will have another this summer,” he said, adding he was fortunate to have the presence of religious sisters working in the parish, among them Sisters of the Immaculate Heart, Sisters of St. Joseph and Servants of the Lord and the Virgin of Matara.

Another surviving parish from the 1993 mergers that shows a high Mass attendance is St. Helena, located in the Olney section of lower Northeast Philadelphia. Attendance for a typical weekend was 1,351 in 2016 or 55 percent of registration, and again, there is a large multi-national immigrant population.

“The parish is doing very well,” said Msgr. Joseph Trinh, St. Helena’s pastor. “We’ve just completed a review of the past 20 years. We are the only parish in our area that still has a school. We have Masses in three languages — English Spanish and Vietnamese — and we have good attendance.”

For the archdiocese as a whole the 2016 Mass attendance was 222,371 or 20 percent of registered parishioners, according to the published report. The “October count” figure is based on actual head counts of successive Saturday evening/Sunday Masses at all archdiocesan parishes for four weeks in October 2016.

This contrasts with the 1995 Mass attendance figure when October counts were new at 389,316 or 31 percent, a figure that was considered extremely low at that time.

Going back even further, according to Msgr. James F. Connelly’s 1976 “The History of the Archdiocese of Philadelphia,” although there were not October counts, in his Quinquennial Report of 1963 to the Vatican, Archbishop John Krol stated of the 1,309,307 Catholics in the archdiocese “only 5 percent neglected their Easter duty.”

He reported 190,873 child baptisms over the previous five years, which contrasts with the 59,342 infant and child baptisms shown in archdiocesan reports for the comparable period 2012-16.

In fairness, 1963 was a watershed year, the last year of the pontificate of Pope John XXIII, the convener the Second Vatican Council which generated world-wide favorable reviews and good feelings to the Roman Catholic Church.

Much has happened since, including external cultural changes and internal self-inflicted scandals.

But these old numbers give us something to shoot for. With prayer, missionary zeal and God’s help, they can be replicated. 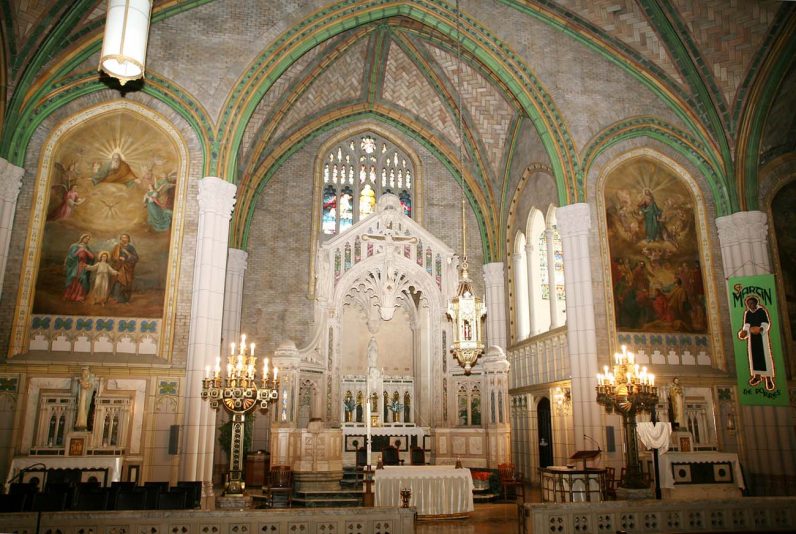 PREVIOUS: Disabilities don’t stop woman from serving at the altar for 25 years

NEXT: You are invited to the ordination of six new priests this Saturday