We must ‘pour out our hearts in prayer’ amid pandemic, archbishop says 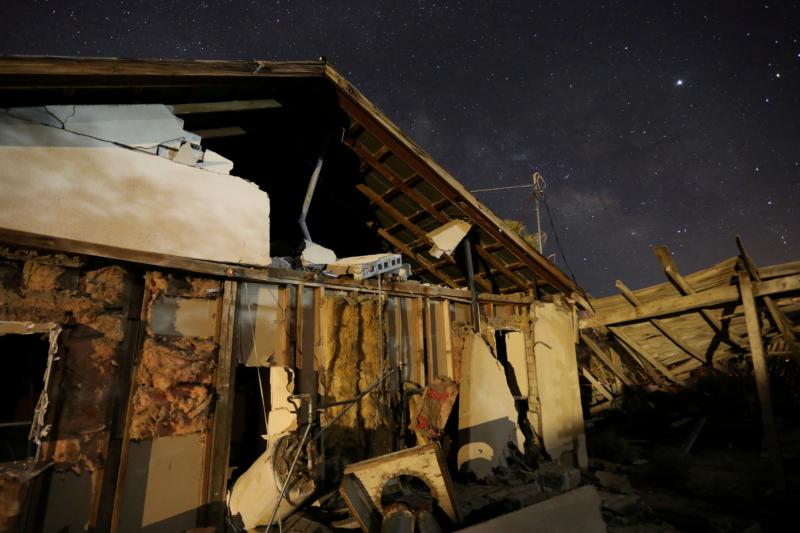 SAN BERNARDINO, Calif. (CNS) — Bishop Gerald R. Barnes of San Bernardino asked for prayers for those who were put in harm’s way by a pair of earthquakes that struck California on consecutive days in early July.

“We ask God to comfort and console them, and we also pray for the protection of all those men and women involved in the efforts of relief and recovery in these areas,” Bishop Barnes said in an undated statement posted on the diocesan website.

The church in the Diocese of San Bernardino that was hit hardest by the twin temblors was St. Madeleine Sophie Barat Mission in the unincorporated town of Trona. “The church there sustained significant damage in the earthquakes and the people of this community continue to experience displacement and uncertainty,” Bishop Barnes said.

“We have not sustained any major damage,” Denise McKenzie, a risk manager for the Fresno Diocese, told Catholic News Service. “We have some cracks in the floor. We had our St. Ann’s Catholic School (in Ridgecrest, the epicenter of the two earthquakes) — the worst part of it was our water heater fell, it hit the floor and some pinholes spewed water into the school.”

McKenzie added, “We had some candlesticks that fell over, a monstrance that fell, but we haven’t had any major damages. We’ve been very blessed.” She said the only other church that reported damage was Santa Barbara in Randsburg, 15 miles from Ridgecrest.

“Natural disasters frighten us and force us to consider what is the will of God in such a scenario. Let us take this moment of fear and uncertainty to draw ourselves closer to him so that we are sustained by his love and protection,” Bishop Barnes said.

“At the same time, let us also refocus our efforts in preparedness. We are called to marshal our ideas, resources and abilities so that our families, communities and especially those most vulnerable are not left to the ravages of natural disaster.”

In Los Angeles, a place many associate with quakes, “we’re pretty far from the epicenter of the earthquake,” said Andrea Edelman, a spokeswoman for the Archdiocese of Los Angeles. She told CNS, “We can feel it in L.A., but it wasn’t anything major.”

PREVIOUS: Mom says miracle in Sheen cause that saved her son a gift to whole church

NEXT: Bowling Night and Salsa Dancing with Young Adults at the Cathedral