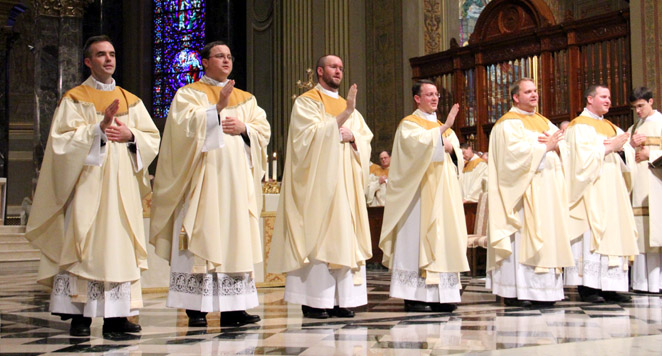 The newly ordained priests give their first blessing to the cathedral's congregation.

See our photo gallery of the Mass and rite of ordination for six priests ordained by Archbishop Charles Chaput on Saturday, May 17 in the Cathedral Basilica of SS. Peter and Paul. See the first parish assignments of the newly ordained priests here. (Photos by Sarah Webb)

NEXT: Newly ordained priests tell of their journey to priesthood