Across the Aisles — Queen of the Universe Parish 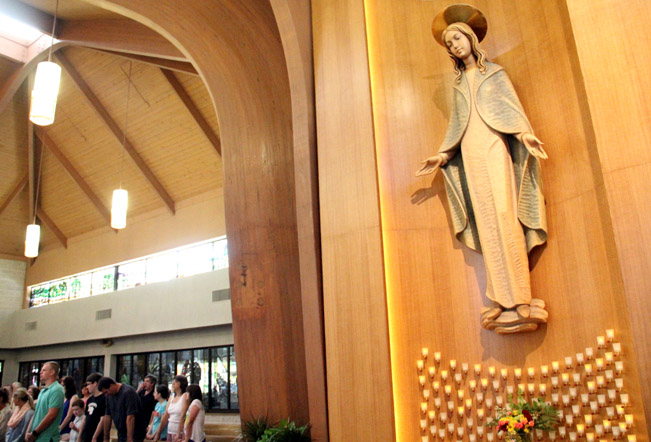 Now the only Mass celebrated at Immaculate Conception is the Saturday vigil Mass; Queen of the Universe has retained all of its Masses and added the Spanish Mass. Father Michael Hennelly is the parish’s pastor. (Photos by Sarah Webb) 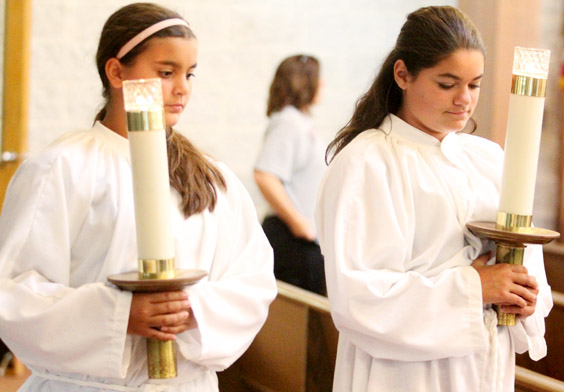 Altar servers Morgan Hamilton and Brook Dyas lead the procession for one of the seven Masses at Queen of the Universe Church. 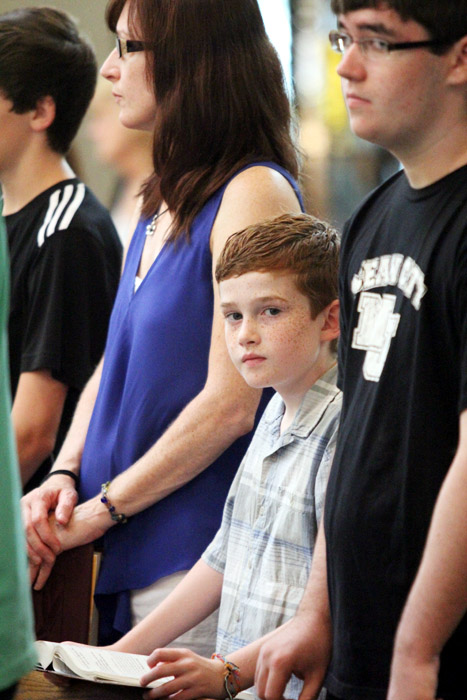 Christian Cantrell attends Mass with his parents and older brothers. 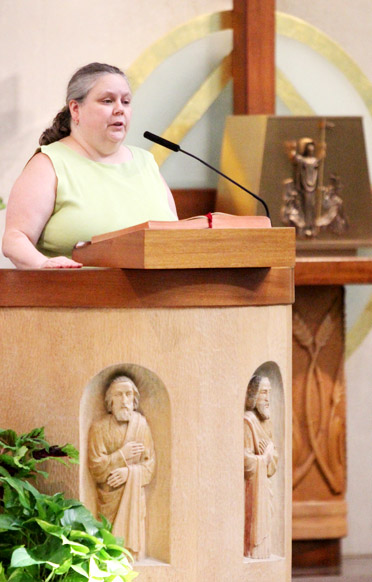 Lector Valerie Kay Morton proclaims the readings to the people at Queen of the Universe Church. 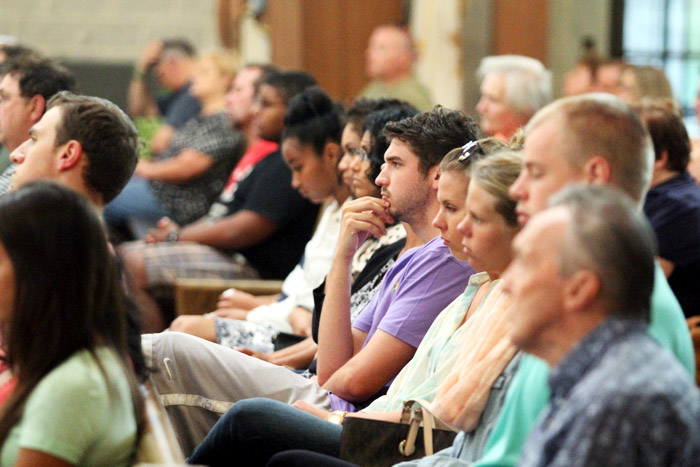 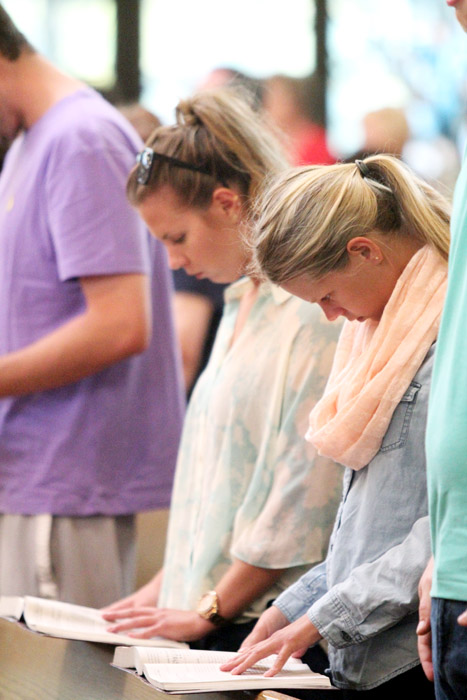 Lauren and Jenna Rendeiro read along with the Gospel. 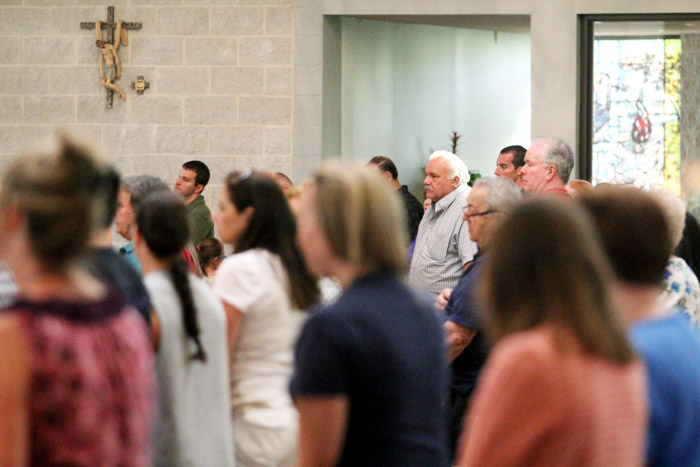 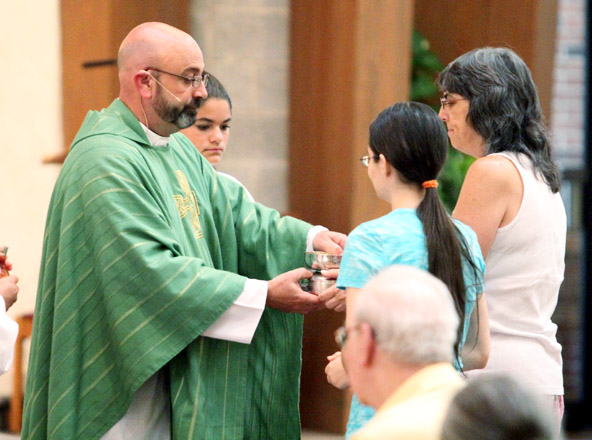 Eva and Anne Mae Nasta bring the gifts up to Father Michael Hennelly, pastor of Queen of the Universe Parish. 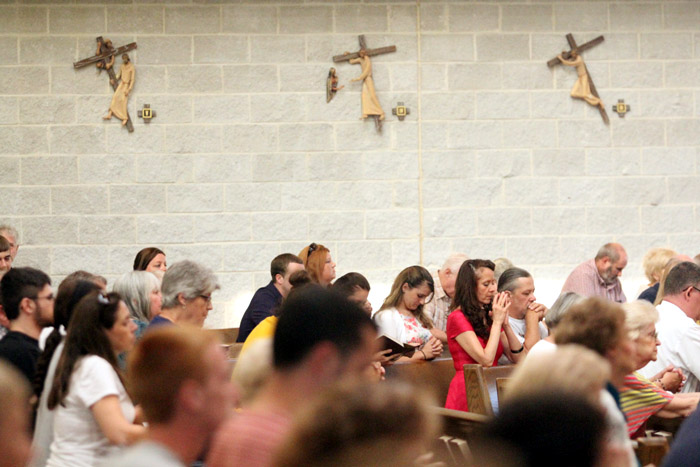 Mary Ellen Bowman and Tim Sauritch pray with fellow parishoners during the Liturgy of the Eucharist. 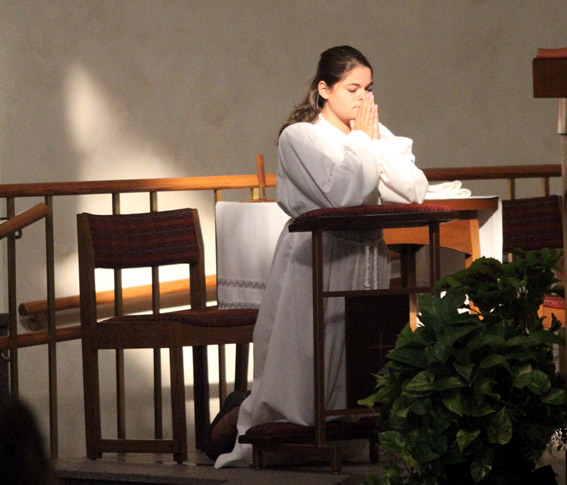 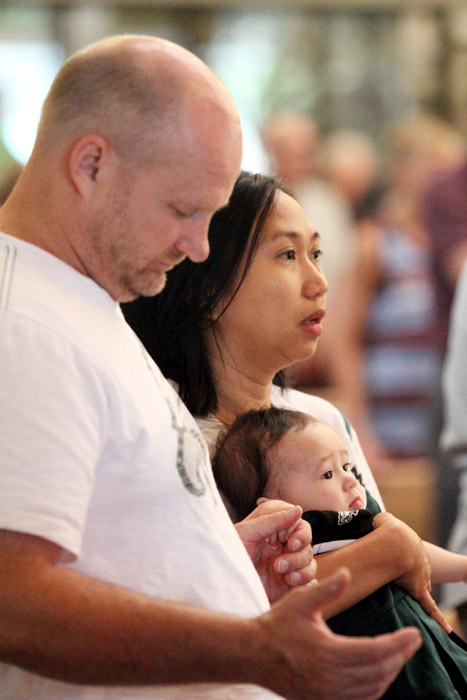 Peter, Josephine and Faith Whitman pray together as a family. 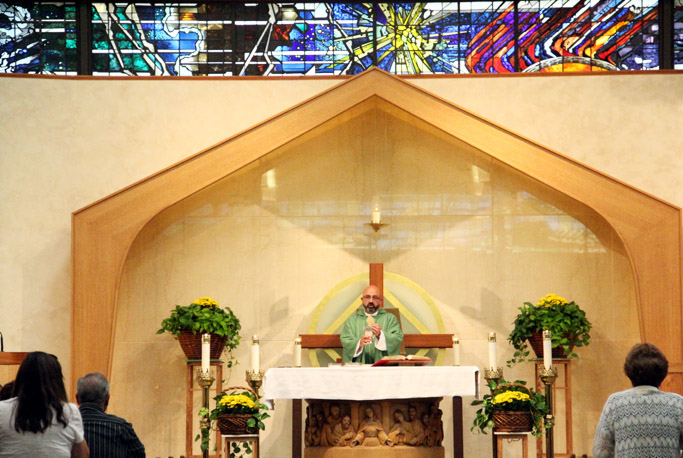 Father Michael Hennelly, pastor of Queen of the Universe Parish, celebrates the Liturgy of the Eucharist. 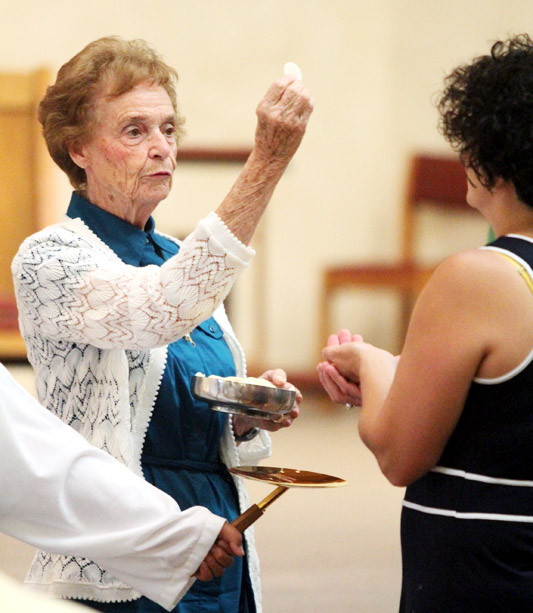 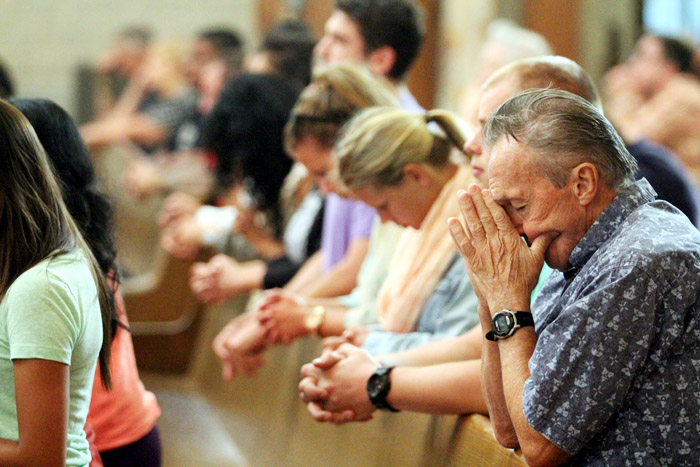 Jim Reilly prays along with fellow parishioners of the newly formed Queen of the Universe Parish. 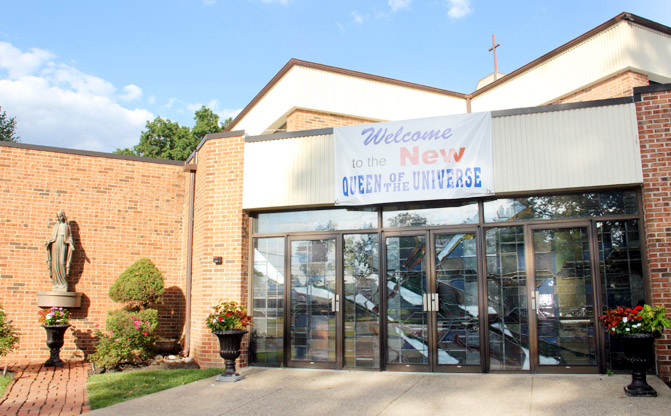