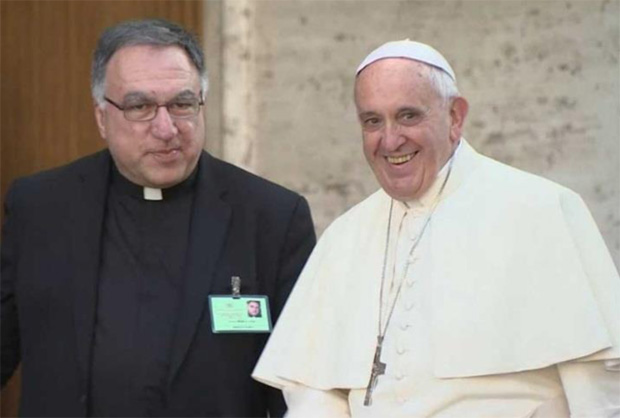 The third annual John Cardinal Foley Lecture on Social Communications will be delivered Monday, Feb. 1 in Vianney Hall of St. Charles Borromeo Seminary. Father Thomas Rosica, a Basilian priest and chief executive officer of Salt + Light television and digital network based in Toronto, Canada, will speak on communications media in the service of the church with his talk “Sharing the Joy of the Gospel.”

The lecture is free and open to the public, and begins at 7 p.m.

Father Rosica holds advanced degrees in theology and Sacred Scripture from Regis College in the Toronto School of Theology, the Pontifical Biblical Institute in Rome and the École Biblique et Archéologique Française de Jérusalem. He is the author of several hundred articles and columns in numerous languages for various publications.

Following the announcement of Pope Benedict XVI’s resignation, Father Rosica was invited by the Vatican to join the staff of the Holy See Press Office and serve as one of the official spokespersons for the transition in the papacy that included the resignation, conclave and election of Pope Francis — a critical period in church history. At the end of the papal transition in April 2013, the Vatican asked him to serve as English language assistant to the Holy See Press Office, a post in which he continues to relate on a daily basis with English-language media around the world.