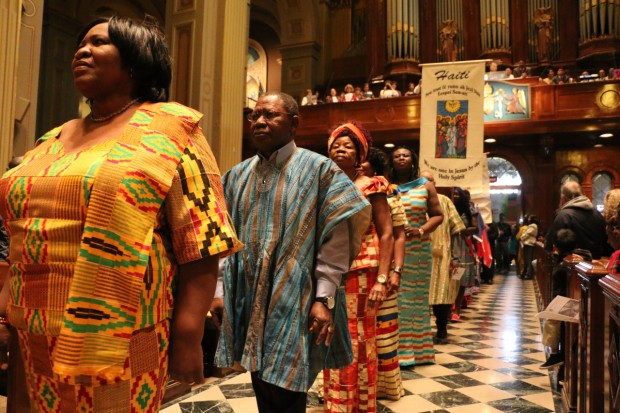 People from (nearly) every land and tongue process into the Cathedral Basilica of SS. Peter and Paul for the 19th annual Cultural Heritage Mass on Saturday, March 19. (Photo by Mark A. Cordero) 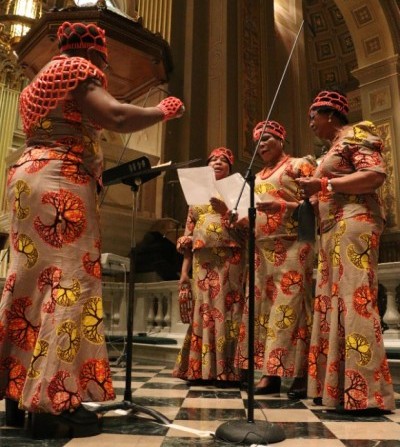 A group of women sing during the Mass, one of eight choirs singing sacred music in eight languages. (Mark A. Cordero)

The United States has been described as a melting pot because of the many immigrants from across the globe who have settled in this country. The same could be said of the diversity of Catholics living in the Archdiocese of Philadelphia where Mass is celebrated in 20 different languages.

That diversity was on display during the Cultural Heritage Mass celebrated by Archbishop Charles Chaput Saturday, March 19 at the Cathedral Basilica of SS. Peter and Paul. More than 700 people gathered for the 19th annual Mass which featured eight choirs singing in eight different languages. This year’s theme was “One Faith, Many Cultures, One Family.”

(See a photo gallery with scenes from the Mass, here.)

“The church is very global internationally, but it’s also global here locally,” said Matt Davis, director of the archdiocesan Office for Pastoral Care for Migrants and Refugees. “This Mass is a celebration of that — both the unity and the diversity of the Catholic Church. We’re really diverse locally, and we’re still unified in our Catholic faith.”

Davis noted there were 30 ethnic groups represented in a long and colorful procession up the cathedral’s main aisle that preceded the Mass.

Among those in attendance was Khiem Nguyen from St. Ann Parish in Phoenixville.

“The Cultural Heritage Mass helps people feel they belong to something bigger than themselves and that they’re welcomed,” said organizer Matt Davis.

“The Mass helps enhance my faith tremendously,” said Nguyen, who is from Vietnam and migrated to the United States 30 years ago. “We’re so honored and blessed to have the archdiocese provide this Mass to bring us all together. It’s an uplifting experience.”

Religious Sister of the Assumption Loretto Mapa, who works with the Filipino community at St. Stanislaus Parish in Lansdale, has attended the Mass since its inception.

“Our Church in Philadelphia is a multicultural church,” she said. “The Mass celebrates all the different cultures that are here in the archdiocese.”

She noted that more people from a variety of countries are now participating in the annual Mass including Catholics from Lebanon who attended for the first time this year.

(Watch a video below of the offertory procession during the Mass.)

“At the beginning there were only a few countries (represented), but now the new arrivals from the different countries of Africa, Asia, Europe and the Middle East are here,” Sister Loretta said. “It’s an education for all and formation of faith into the universality of the church. That’s very important.”

Annies Mathew from St. Thomas Syro-Malabar Catholic Church in Northeast Philadelphia attended the Mass with a group of Indian girls who performed a liturgical dance during the offertory procession.

“We can see different people from all over (the archdiocese) who are practicing Catholics from Philadelphia,” Mathew said. “I think the unity and the faith of other people gives us faith and hope.” 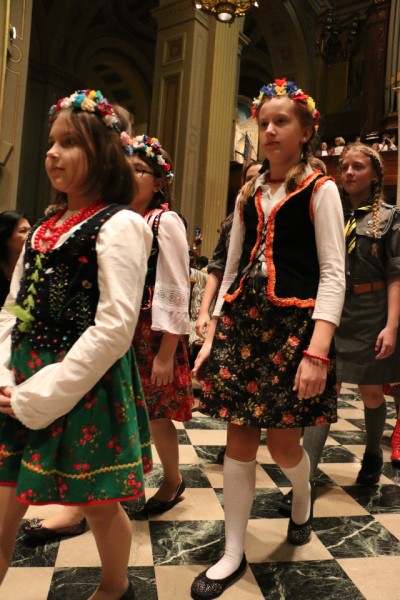 For Ghi-Giao, a member of St. Helena Parish in Philadelphia, it was her first time attending the Cultural Heritage Mass. “I loved seeing the many cultures — Chinese, Korean and African,” she said. “I think next year I (will) come again.”

Ruth Agossou from St. Cyprian Parish in Philadelphia has been participating in the Mass for the past five years.

“I really like the Mass because it’s for all different cultures,” said Agossou, who is from Benin, a French-speaking nation in West Africa. “The spirit of the Mass is inspiring. I don’t like to be absent when we celebrate this Mass. I really like to be here.”

Davis added that “being part of a church that is so diverse is really powerful, and the Cultural Heritage Mass helps people feel they belong to something bigger than themselves and that they’re welcomed.” 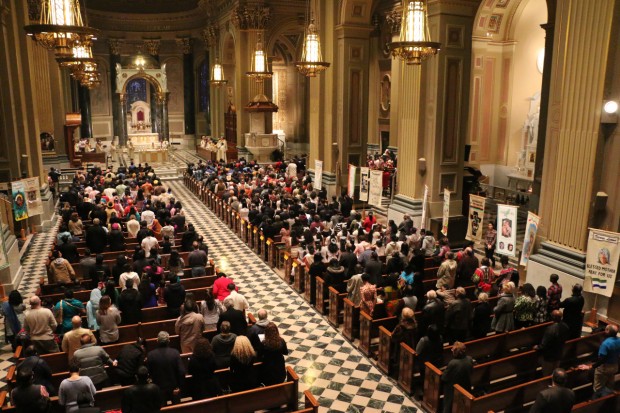