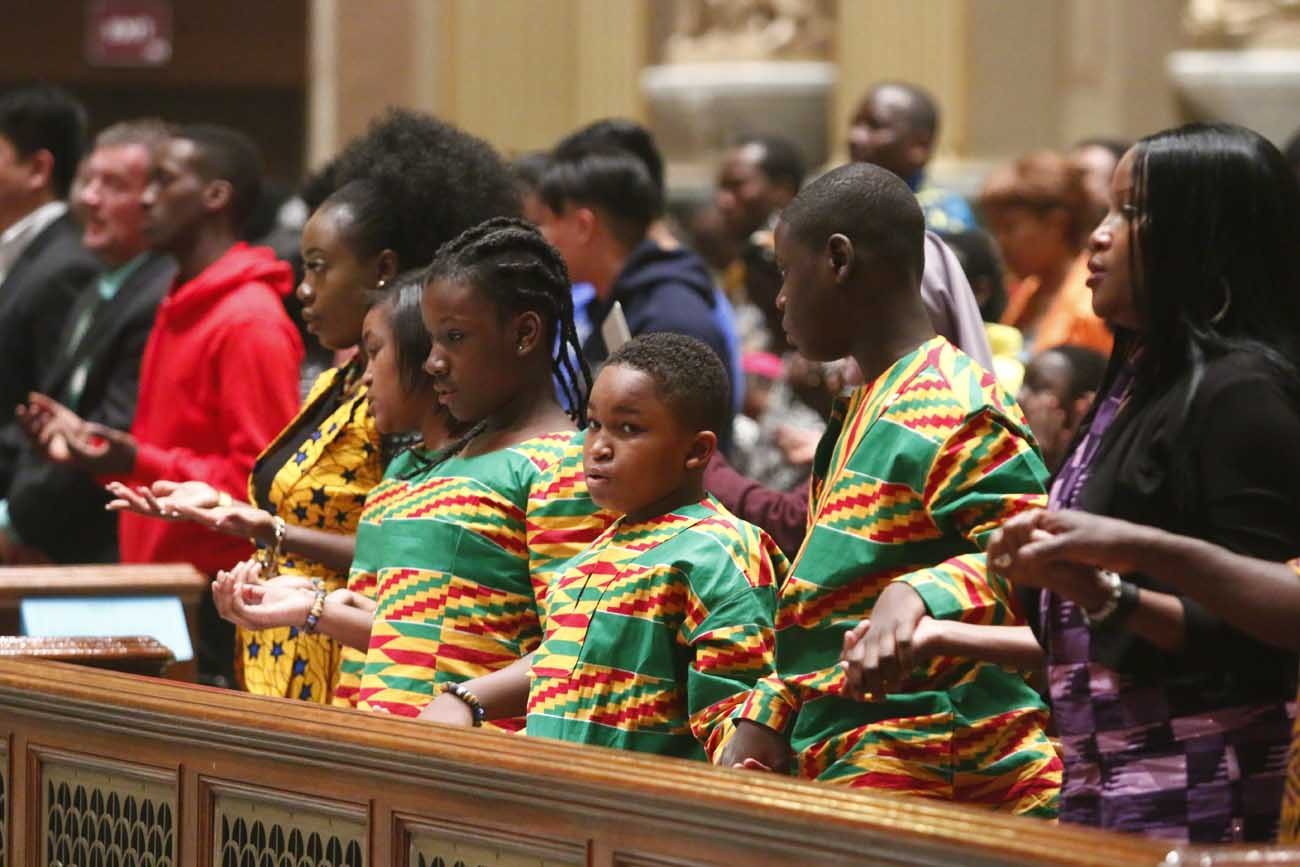 Catholics young and old and from every land came together for the 20th annual Cultural Heritage Mass March 25 at the Cathedral Basilica of SS. Peter and Paul, Philadelphia. (Sarah Webb) 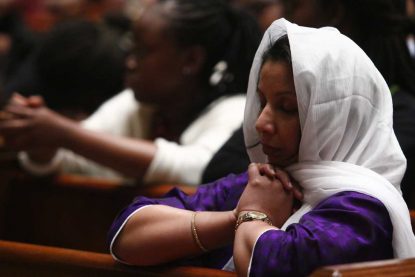 As in previous years the 20th annual Cultural Heritage Mass, which was celebrated March 25 by Archbishop Charles Chaput at the Cathedral Basilica of SS. Peter and Paul, brought together Catholics representing more than two dozen ethnic communities that call the Philadelphia region home.

But this year’s celebration put a special focus on youth, with the theme, “Youth and Young Adults: The present and future of the Church.”

Matt Davis, director of the archdiocesan Office for Pastoral Care for Migrants and Refugees, which sponsors the Mass, explained its two goals.

Young men from St. Katherine of Siena Parish in Northeast Philadelphia greeted and handed out programs to people as they entered the church. They witnessed a colorful tradition that precedes the annual Mass — a procession of national flags carried by people with roots from countries throughout the world.

Stephen Njau, 20 years old and an active member of the African Catholic Youth of Philadelphia, believes “it’s time for the youth to take part in the church because of all the outside turmoil that can crack and corrupt their judgment and character.”

Young people around his age are tempted to leave religion because of the distractions in their lives, he said, and they are more likely to seek comfort in other people than in God.

Archbishop Chaput noted that there was a greater number of youth and young adults present at the Mass than in previous years. There were 29 different ethnic communities, to be exact, and they each participated in dance, music and proclaiming Scripture at the Mass.

Ernestina Ackah, from St. Helena Parish in Philadelphia’s Olney section and originally from Ghana, explained that she came to the Mass “to celebrate all Catholics!” Theresa Afum, also from St. Helena, liked that the Mass was “bringing everybody together.”

Emphasizing the youth connection was Megan Mastroianni, associate director of Youth and Young Adult Ministry for the archdiocese, who told the participants, “What connects us all is that we are the church. We are all brothers and sisters with the same Father.”

The mass was celebrated on the Solemnity of the Annunciation, a feast day on which Catholics celebrate Mary’s obedience to God’s will. In his homily, Archbishop Chaput pointed out that Mary was herself a young person when she responded with faith to God’s call.

Speaking directly to the youth at the Mass, the archbishop said, “Young people should make it a primary desire of their hearts to find out what God wants them to do, and then do it! What the Lord wants from you is the gift of yourself, now!”

Youth and young adults can be “tremendous forces for good” in the church and world, said Davis, “if we invest and believe in them. It would be a tremendous waste of talent and potential if we do not.”

Chief Buffy Red Feather Brown summed up the call to youth, saying, “They are our future!”

Ann Reynolds, an immigrant from Jamaica visiting the cathedral for the first time, was excited to see the Jamaican flag carried during a liturgical dance. She found the Mass was “very beautiful!”

NEXT: Parish and high school partner to open childcare center