Communication can pave path toward communion

Homework for the Fourth of July

Break the habit of your endless scroll of bad news

Giving money to charity? Look for a foundation 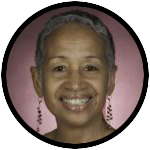 As we observe Black History Month in 2018, examining the early history of the Oblate Sisters of Providence can teach us several important lessons. The sisters proved exceptional in 19th-century America: They were black and free in a slave society that privileged only whiteness; female in a male dominated society; Roman Catholic in a Protestant society; and pursuing religious vocations in a society doubting the virtue of all black women.

Organized in Baltimore in 1828, this pioneering black sisterhood dedicated themselves to educating black girls. The Oblate Sisters confronted many challenges in their early years. Most white people did not believe that black people could lead virtuous lives and rejected as impossible the idea of a black Catholic sisterhood.

But the Oblate Sisters did not allow the doubts and fears of others to interfere in their relationship with God. They firmly believed in the truth of God’s call to them to serve him in religious life and defined themselves as women of virtue in service to others. 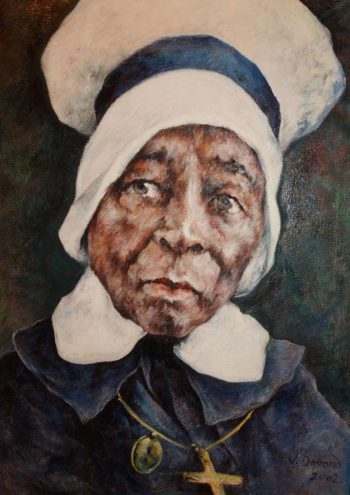 As unusual as the Oblate experience proves, it also provides an iconic example of an American story. The sisterhood’s charter members had either emigrated from the Caribbean or claimed Caribbean ancestry, thus establishing immigrant roots like countless other 19th-century Americans.

Immigration can prove a disorienting experience that deprives newcomers of the comforts of the familiar, customary resources and previous social identity. Rather than descend into depression or helplessness, the founders utilized their religious convictions to affirm themselves as Catholics and to serve other people in the refugee community by opening a school for children in her home.

Shared traditions attracted Sulpicians and San Domingan exiles to each other, bound together by their French language and cultural heritage and their profession of the Catholic faith. Oblate co-founders Sulpician priest James Hector Joubert — a French refugee — and educator Elizabeth Clarisse Lange — a Caribbean refugee — met in Baltimore in 1828 and created a black religious community to educate black girls, a feat that challenged prevailing social and episcopal attitudes about race and gender.

From 1789 through the 1830s, the church in the South remained the foundation of American Catholicism. In fully embracing the tenets of southern nationalism, the Catholic Church in the South accommodated racism and the institution of slavery. As did their Protestant counterparts, Catholic clergy and women religious not only tolerated the institution of slavery, they also actively participated in and profited from the ownership and sale of human chattel.

The persistent denial of the humanity of all black people stemming from the racial basis of slavery in the United States convinced most white people in America — including the Catholic hierarchy — of universal black inferiority. Throughout the 19th century, uncertainty about the Oblate Sisters as black women religious plagued the U.S. Catholic Church.

In responding to the call of their teaching mission, the Oblate Sisters nurtured the minds and souls of black folk, the very elements of black existence white society routinely denied.

The school’s established reputation and the competence and commitment of its dedicated staff of teachers, the Oblate Sisters of Providence, came to symbolize for many black people — regardless of their religious affiliation — both an affirmation of black humanity and the standard of excellence achievable in a hostile environment.

By insisting that the church grant the Oblate sisterhood “the respect which is due to the state we have embraced and the holy habit which we have the honor to wear,” Mother Lange challenged the U.S. Catholic Church to rise above the chains of socially systemic racism and to embrace Christ-like inclusion by institutionalizing a black sisterhood.

The Oblate story replicates that of millions of refugees who came to this country and contributed their strength, vitality and service to the enrichment of the nation. Their presence has impelled the rest of us forward in our struggles to reject racism, xenophobia and religious intolerance.

During these dark days when our political leadership misrepresents immigrants of color particularly and people of color in general as criminal or lazy elements — enemies to exclude and fear — we would do well to recall the facts of our historical reality that inclusion and diversity benefit the nation as a whole.

PREVIOUS: Healing the persistent evil of racism in the Catholic Church

NEXT: A welcoming spirit, or a sense of the enemy?