‘The Holy Spirit is at work’ in St. Andrew’s 200 outreach volunteers 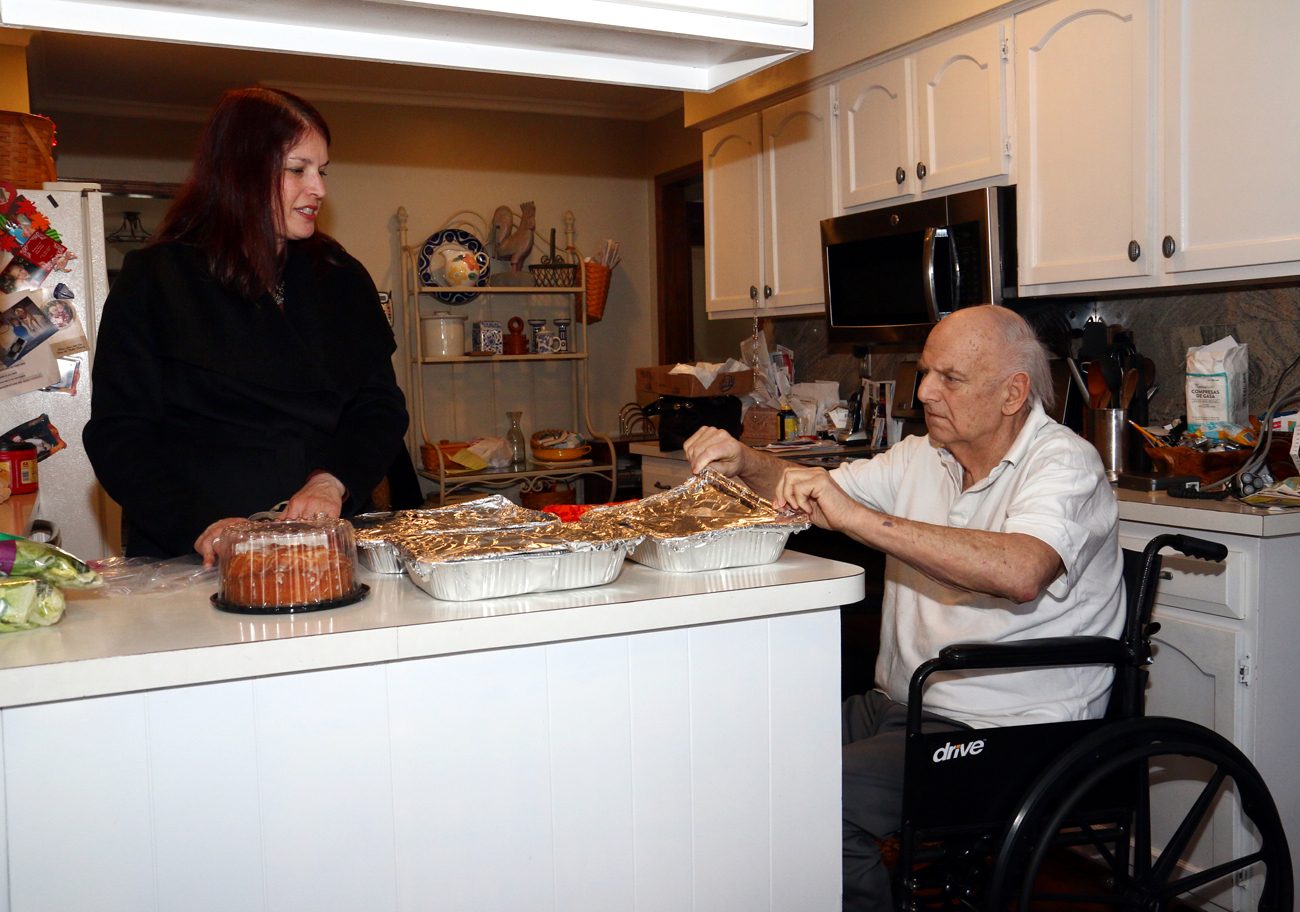 Mike Kukowski checks out the meals that Joanne Ranieri of St. Andrew Parish's HOPE program prepared and brought to his house for him and his family. (Photo by Sarah Webb)

Hope, according to the first meaning in a popular abridged dictionary, means to wish for something with expectations of its fulfillment. At St. Andrew Parish in Newtown, it’s a fulfillment not a wish, and it’s really an acronym not a word.

H.O.P.E. means Helping People Every Day, and it happens to be a program through which more than 200 volunteer parishioners take a bit of time to make life a little easier for those in their community with needs, more often than not senior citizens.

It’s usually just the little things, maybe Communion calls, driving people to Mass or to grocery shopping or medical appointments. It could be visiting shut-ins at home or nursing homes or just homebound. It could even mean providing meals in a pinch.

Many if not most parishes perform similar acts of kindness, of course. The difference at St. Andrew is the centrally organized, single program with sufficient volunteers to make certain no one is missed without undue burden on just a few people.

“It is really a pleasure to see so many people dedicated to the faith,” said St. Andrew’s pastor, Msgr. Michael Picard, under whose watch the ministry began 16 years ago. His parish happens to be the largest in the Philadelphia Archdiocese, which makes lay-organized programs especially essential.

“When you have a program like this, you know the Holy Spirit is at work,” Msgr. Picard added. “As priests we really appreciate the laity have our backs because we can’t do everything. This is a wonderful program.”

The ministry began at the suggestion of Deacon Al Derivan, a now retired permanent deacon for the parish, and his wife Mary. It was loosely based on a program then operating at St. Katharine of Siena Parish in Wayne, explained JoAnn Marotto, a coordinator for H.O.P.E. who has been with it from the beginning. 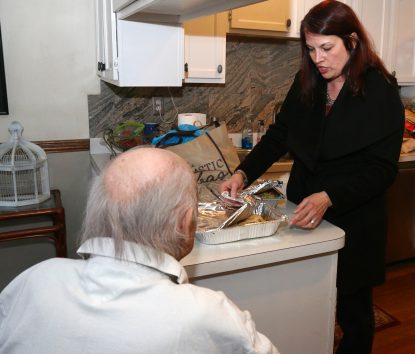 Joanne Ranieri shows Mike Kukowski the meals she made and dropped off to him and his family. (Sarah Webb)

She remembers even at the very beginning they had at 50 volunteers respond to the first meeting. As one of the organizers working the telephone, it helped that she is a former teacher in the parish school and over the years built up many contacts.

While H.O.P.E. is entirely a St. Andrew ministry and all of its volunteers parishioners, it does not distinguish in its outreach and serves people with needs of any creed or no creed, according to Marotto.

Clearly it fills a need especially for the elderly who may no longer have an automobile, a virtual necessity in the sprawling area of Newtown, Bucks County. Perhaps they had children who once assisted them but were transferred by their employer to another area.

“They are left with no one, and our parishioners are there to help,” Marotto said. “We have people who are willing to drive, others may be willing to cook, others may visit.”

One of the secrets of H.O.P.E. is it is highly organized. Under the directors, whose numbers vary between three and four, there are six teams, each with two team leaders, and perhaps up to 40 or so volunteers in each team.

The program works on a three-month cycle with two teams on call each month, which means volunteers are only expected to be called one month out of three, something that prevents burnout.

Mitzi DeBlasis is also one of the coordinators and has been with the program for about 10 years. She finds H.O.P.E. an easy way to perform the corporal works of mercy.

“I get so much out of it myself,” she said. “The people we help are so grateful it makes it easy and volunteers can’t wait for their time to come up.”

Certainly taking people to their podiatrist or grocery store doesn’t take much time but volunteers sometimes really go the extra mile. DeBlasis recalls the case of one relatively younger parishioner who they have been assisting for years and is loved by the volunteers. At one point a volunteer drove her all the way to Johns Hopkins Hospital in Baltimore.

On the other hand it could just be an elderly resident in a nursing home who has no physical needs, but just wants friendly human contact, someone to talk to. Whatever the need, H.O.P.E. is there.

Admittedly most parishes do not have the manpower (actually mostly womanpower) to operate an outreach program on the scale that St. Andrew’s does. But it can be adapted and changed to meet the needs, according to Marotto, who has given presentations at a number of churches, Protestant and Catholic, as well as synagogues. Charity knows no creed. 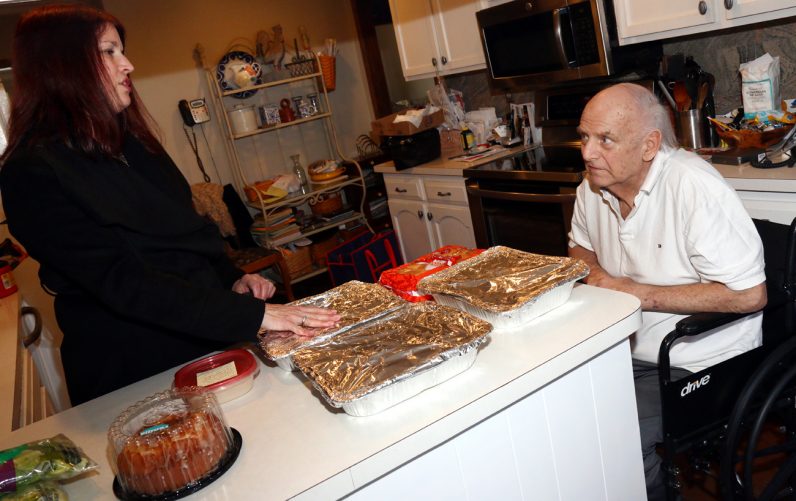 Joanne Ranieri tells Mike Kukowski how to reheat the meals she dropped off to him and his family. (Sarah Webb)

NEXT: Retreat at St. Stanislaus Parish looks at poverty rooted in Christ