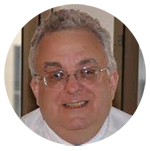 When a federal judge ruled on Oct. 2 that Philadelphia’s proposed safe injection site would not violate current law, the court overlooked a few key pieces of evidence.

Safe injection sites are not only ineffective at getting people clean, but in the process, they fail to pass the medical ethics “sniff test.”

Proponents say the sites save lives by reducing instances of fatal overdoses and infection. They argue that these facilities offer a compassionate response to the epidemic of intravenous drug use.

However, in the attempt, the sites transgress the major principles that have guided modern medicine for the last half a century.

After the full horrors of Nazi human experimentation and the U.S. government’s infamous Tuskegee Syphilis Study became known, health care professionals settled on a common morality to prevent individuals from being turned into medical experiments. These medical ethics ensure that health care, whether individual or public, operates within a context that upholds human dignity.

So where do safe injection sites go out of bounds?

For starters, they violate the two common morality principles of beneficence (“do the good”) and non-maleficence (“do no harm”). Injecting illegal drugs – often laced with fentanyl or other substances – is not without risk, even at a safe injection site. The intrinsically destructive nature of illicit drug use is a source of incredible harm to individuals, their families and to society. Making it easier to engage in life-threatening behavior and codifying it into law — while sending the bill to taxpayers — is doing harm, not good.

(Related: Listen to a podcast from the National Catholic Bioethics Center featuring Steven Bozza and Dr. Jeffrey Berger on the medical ethics of safe injection sites.)

The common morality principle of patient autonomy, which derives from human freedom itself, obliges medical practitioners to respect the wishes of free, competent individuals. That is why doctors have to provide full information about any medical intervention, including the risks, benefits, and any possible alternatives. That is why individuals have to give free consent to treatment, acting as autonomous agents.

However, individuals in the grip of addiction experience diminished autonomy, as the medical research on addiction demonstrates. The brain’s reward system is fundamentally altered by substance abuse, which is why the drive to use drugs can take primacy over all other drives, including the basic needs of food, clothing, shelter, and even personal safety.

Safe injection sites, by design, actually encourage individuals to feed that self-destructive urge, eroding their autonomy even more. Although supporters argue that the sites offer a path to treatment, the statistics from Insite, Vancouver’s safe injection facility, tell a different story. Of the 3.6 million users who have self-injected at Insite since 2003, just 48,798 have accessed some form of clinical treatment for substance abuse disorder. That is a “success” rate of only 1.35%.

Of course, every life is precious, but safe injection sites divert badly needed funds away from resources that have already proven effective in offering real hope of recovery from addiction for thousands. And that brings us to the fourth common morality principle the sites violate: justice, which requires that the benefits and burdens of the healthcare delivery system be shared fairly with everyone.

The money and resources sought to fund safe injection sites can and should be invested in what has already been proven to work: rehab centers, healthcare benefits that cover relapse treatment, counseling and social support services, vocational and life skills training.

Some argue that safe injection sites are critical to reaching those who feel too stigmatized by addiction to seek help. However, the Bensalem Township Police Department, which has seen its share of emergency calls for drug overdoses, is now collaborating with recovery specialists to offer immediate drug counseling assessments that get individuals into treatment more quickly. Safe injection sites simply cannot claim to be the only way of reducing addiction stigma: our increased awareness of addiction as a disease, coupled with the fact that many of us know at least one person who struggles with it, also (and more effectively) reduces the shame and isolation that prevent treatment.

With the lives of thousands at stake, we need to rely on solid bioethical principles, well known and respected in the medical community, to reverse the devastating tide of addiction. Safe injection sites may offer clean needles — but by violating modern ethical codes and preying on individuals with compromised autonomy, they point us back to a dirty past, where human dignity was sacrificed to an agenda of expedience and profit.

PREVIOUS: When a crying baby on a flight brings out our best