Joining the fight for accurate images of women and girls 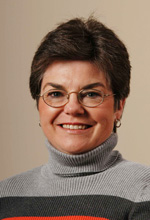 If you’re looking for a hero in civic life these days, I have a nominee. Her name is Julia Bluhm. She’s only 14, but she obviously has a good bit of common sense and a willingness to take action.

The Christian Science Monitor reports that the teen launched an online petition to urge Seventeen magazine to stop using Photoshop to alter published photos of girls’ bodies and faces. Her efforts, which resulted in more than 80,000 signatures, have led Seventeen to promise that it will leave bodies alone, using Photoshop only to remove the stray hair or the errant pimple.

If you haven’t looked at teen magazines lately, or for that matter, any fashion magazines, you’ve missed a lot of really staggering photo altering. Many websites post features on the funniest or most blatant examples of digital altering such as airbrushing out a person but forgetting to remove that person’s hand from the shoulder of a body, or moving a leg in such a way that its position looks anatomically impossible.

But the worst use is altering women’s photos to conform to an impossible physical standard of what the fashion world deems perfection. For example, slender models are made to look emaciated by shrinking their waistlines, paring their hips, creating virtually nonexistent thighs while, of course, enhancing their breasts.

Have you picked up a fashion magazine and noticed that the woman on the cover has absolutely no lines on her face? I come from a family where we lament the bags under our eyes, which develop with age. I’m particularly aware that women in fashion magazines miraculously have not the slightest wrinkle or lines beneath their eyes.

A quick Internet search revealed before and after photos of women whose faces look normal and lived in — a slight bag here, a laugh line there. Magically airbrushed away, these women’s faces on magazine covers now glow unlined with a preternatural radiance that makes you dash to the mirror and ask, “What happened to me?” That is, if you believe what you see in those magazines.

Hopefully, some of us have developed the sophistication and maturity to ignore these false presentations. But for kids, it’s often a different story. Millions of teenage girls read magazines that present pictures that tout inhuman perfection.

I’ve always admired those English actors who seem to live beautifully into their own skins. In the movie “The Best Exotic Marigold Hotel,” you see examples of women — foremost among them, Maggie Smith (of “Downton Abbey” fame) and Judi Dench — aging gracefully and beautifully. Obviously, they are women who take care of themselves, stay healthy and fit, yet are comfortable displaying the signs of the years that they’ve earned.

As we age, do we aspire to look like Joan Rivers, with her self-admitted scores of plastic surgeries, or Judi Dench? I’ll take Dench.

But will our kids have any role models with those values? What does watching these representations do to a kid’s self-image?

The Christian Science Monitor quotes Lynn Grefe, president of the National Eating Disorders Association, as saying that 40 percent of new cases of anorexia are girls 15 to 19.

This distortion of the body, and the abuse that often results, runs counter to our values as Christian Catholics, and it impacts our daughters’ mental health. Let’s join Julia’s crusade to influence more teen magazines and have a conversation with our kids about what they’re reading.

PREVIOUS: Show me the money? Show us the values

NEXT: From Penn State sexual abuse report, some striking similarities