Mary meets women in the crossroads of life

As technology awes, it reminds us of our humanity 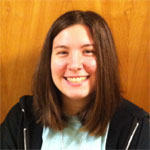 Every night in Pennsylvania thousands of children sleep in homeless shelters. Can we measure what the awful experience of being homeless can do to a child? Perhaps not, but we can see what it is costing in dollars, which is quite a bit more than it would cost simply to provide housing.

The People’s Emergency Center in Philadelphia examined 13 cost categories associated with child homelessness, including physical and mental health, social services and housing, early development and education, and costs associated with high school dropout. For the 9,027 children in Pennsylvania who slept at least one night in a shelter in 2011, these were more than costly problems. The categories represent the grim reality these children face.

The most basic of these categories is health. Most parents wonder, “Is my child healthy?” Homeless children are more likely than their peers to suffer from certain chronic health conditions such as asthma, anemia, chronic ear infections and lead toxicity. Mental health issues arise from homelessness that could span a lifetime. Medical bills could add up to a few thousand dollars per child.

Homeless children are also more likely to need early intervention services and special education, which increases the cost of education. Homeless students are also at a much greater risk of dropping out of high school. Lost wages, social services and the increased likelihood of incarceration contribute to more costs.

Adding it all together, the average annual cost per child in Pennsylvania is $40,079 – more than six times the $6,419 average cost of a child who is not homeless — and the total annual marginal cost of child homelessness is $363,205,374 in the commonwealth. One cannot help but wonder why ending homelessness is not a more desired outcome of our society.

The People’s Emergency Center and the Interfaith Shelter for Homeless Families, operated by Catholic Charities and located in Harrisburg, are two organizations attempting to help but are constricted by funding problems.

“As funding continues to dry up, it becomes an even bigger challenge to locate additional financial resources, and the fear of these cuts eventually impacting the continuation of services is of great concern,” said Hilary Hoover, program director for Interfaith Shelter.

Joseph Willard of the People’s Emergency Center said the resources used by centers such as his are actually very good, but the lack of funding is limiting.

“Child homelessness in Pennsylvania is not just a problem,” he said, “it’s a crisis.”

Child homelessness grows each year. For the first time in U.S. history the number of homeless children nationwide has exceeded 1 million.

Willard said this is not just a concern for large cities like Philadelphia, although with one of the highest poverty rates in the country, the city has severe child homelessness problems. The problem exists across the state with homeless families reportedly living under bridges, in camps and in state parks.

In these difficult economic times, Pennsylvania’s taxpayers must make tough decisions about which programs to support, but the facts speak for themselves: we cannot afford child homelessness.

PREVIOUS: A knock at the door led to a path of service