Our faith should transform our politics 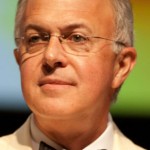 Carl Anderson, supreme knight of the Knights of Columbus

The start of the Year of Faith and our country’s elections will take place less than a month apart. And we have an excellent opportunity as Catholics to apply the principles of our faith to our political system — not only in how we vote, but in how we choose to influence our country’s political discourse, too often marred by angry and hateful rhetoric.

In this effort, two themes from Pope Benedict’s message announcing the Year of Faith are of great importance to Catholic Americans.

First, he called for public witness by Catholics, writing: “Faith implies public testimony and commitment. A Christian may never think of belief as a private act. … Faith, precisely because it is a free act, also demands social responsibility for what one believes.”

Second, he called on Catholics to redouble their commitment to charity: “Faith without charity bears no fruit,” he wrote.

Seldom does America suffer a more profound lack of charity today than in its political process.

The result is an almost endless cycle of personal attacks in our country’s political conversation.

For the vast majority of Americans — who know how to have civil disagreements over everything including politics with family and friends — this doesn’t sit well. Our K of C-Marist poll has found that almost 8 in 10 Americans say they are “frustrated” with the tone of our political debates. Almost three-quarters say the problem is getting worse, and just under two-thirds say this is harming our political process.

But we need not accept this status quo as “good enough.”

Now numbering one in four Americans, our country’s Catholics can offer a better alternative.

Charity demands respectful discourse — on every issue. For this reason, the Knights of Columbus launched the Civility in America petition, asking politicians and the media to focus on debates on issues and policies rather than on personal attacks.

Cardinal Timothy Dolan has asked both presidential candidates and their running mates to sign it, joining the more than 1 million members of the Knights of Columbus and more than 25,000 other Americans supporting it.

Such a project is consistent with the best of Catholic thought.

In “The City of God,” St. Augustine observed, “Let this city bear in mind, that among her enemies lie hidden those who are destined to be fellow citizens, that she may not think it a fruitless labor to bear what they inflict as enemies until they become confessors of the truth.”

And St. Thomas More wrote this prayer while awaiting execution in the Tower of London for refusing to take an oath supporting King Henry VIII’s takeover of the Catholic Church in England:

“Almighty God, have mercy … on all that bear me evil will, and would me harm, and their faults and mine together… vouchsafe to amend and redress, make us saved souls in heaven together, where we may ever live and love together with thee and thy blessed saints.”

We are called to public witness in all circumstances.

In the early days of evangelization, when St. Paul preached to the Athenians, he chose to do so at the Areopagus: a powerful council, and the oldest in Athens. Those men who made up the Areopagus were not Christians: that was precisely why they needed to be evangelized.

With Cardinal Dolan calling for civility from our political candidates and delivering prayers at both the conventions of both the Republicans and the Democrats, a descendant of the apostles is once again bringing Christ’s message into the halls of power.

Today, most in both political parties are Christian — and many are Catholic — but the call to conversion is endless. In what is becoming an increasingly secularized country — where many believe religion ought to be kept out of our modern Areopagus — this form of new evangelization is timely and needed.

By calling on our candidates and the media to show charity and civility, Catholics can help Cardinal Dolan and our bishops to bring the new evangelization to our own public square as St. Paul did in Athens.

By witnessing to charity and civility in our own discussions and our own lives, we can lead the way and show that such a goal is attainable.

PREVIOUS: Rest is essential in a busy teen’s life

NEXT: Why should we register to vote?