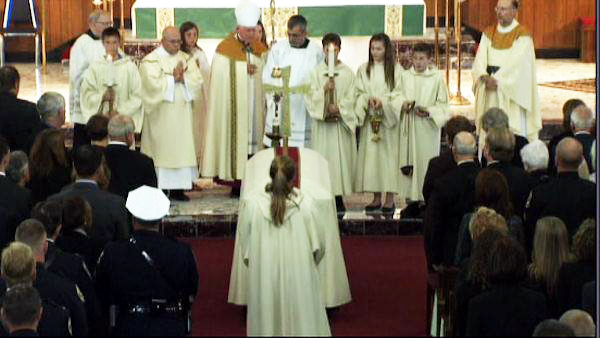 Bishop Daniel E. Thomas, auxiliary bishop of Philadelphia, presides over prayers at the funeral of Plymouth Township police Officer Bradley Fox, who was killed in the line of duty Sept. 13.

Plymouth Township police Officer Bradley Fox’s funeral was held at Epiphany of Our Lord Church in Plymouth Meeting Sept. 19. Hundreds of family, friends and fellow officers from across the region came out to pay their respects.

Fox died while pursuing an alleged hit-and-run suspect. A seven year veteran of the police department, Fox was also a U.S. Marine who served two tours of duty in Iraq. He died one day before his 35th birthday. He is survived by his pregnant wife, Lynsay, and  daughter, Kadence.

During his homily Father Edward Hallinan said, “It would be a tremendous disservice to this fallen hero not to celebrate his life, even though he died so early in a cowardly and violent manner.”

A fund has been set up for Officer Fox’s family and donations to it may be sent to: 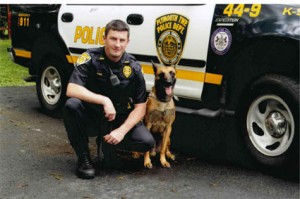 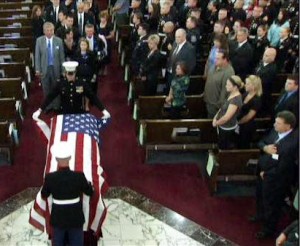 NEXT: Villanova gets busy in 7th annual Day of Service