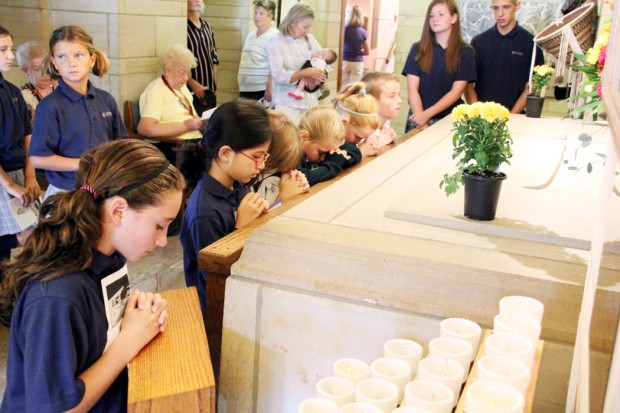 After Mass at the St. Katharine Drexel Shrine, students of St. Katharine Regional School in Holland pray at the tomb of their school's patron saint. (Sarah Webb)

Students and teachers of the new St. Katharine Drexel Regional School in Holland shared a special day at the resting place of the school’s namesake, the St. Katharine Drexel Shrine in Bensalem, where they prayed before the saint’s tomb at the Motherhouse of the Blessed Sacrament Sisters Sept. 26.

The school was formed by combining the student bodies of the former St. Bede the Venerable School in Holland and Assumption B.V.M. Schools in Feasterville, both in Bucks County.

The entire student body boarded a caravan of 11 buses to make a pilgrimage to the shrine and participate in a special Mass to ask for St. Katharine’s prayers for the new school.

Auxiliary Bishop Michael J. Fitzgerald, who oversees Catholic Education for the Archdiocese of Philadelphia, was the main celebrant of the Mass. Msgr. John C. Marine, pastor of St. Bede the Venerable Parish in Holland, and Father William McGeown, pastor of Assumption B.V.M. Parish in Feasterville, concelebrated the Mass.

Parishioners believe it is the first time a Catholic school in the area formally began its history by celebrating a Mass over the tomb of its patroness and namesake. 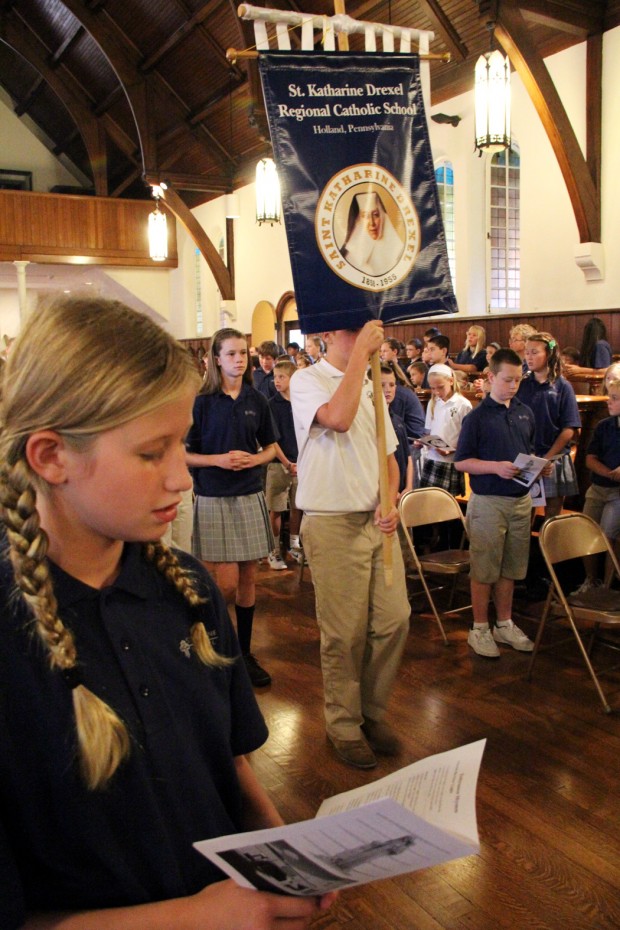 Katie Leinenbach, a sixth grader from St. Bede Parish, sings at the beginning of Mass for the opening of the new St. Katharine Drexel Regional School in Holland. (Sarah Webb)