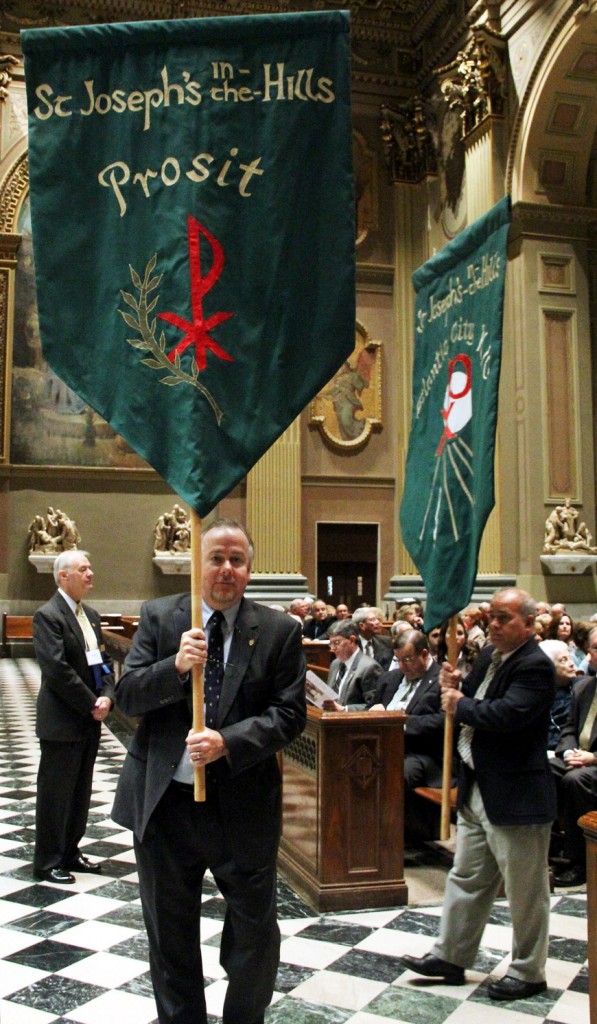 “Happy Anniversary, we are grateful for the past; now let’s talk about the future,” paraphrases the basic message from Archbishop Charles J. Chaput during his homily at the 100th Anniversary Mass for Malvern Retreat House held Oct. 28 at the Cathedral Basilica of SS. Peter and Paul before a packed congregation composed of supporters of America’s largest retreat facility.

“Retreat houses don’t last long generally,” the archbishop observed. “They are very expensive to maintain and after a while the numbers decrease and the retreat house goes away. So we really are very grateful today for those who dreamt the dream of the retreat house so many years ago and we are grateful to the men and women who between then and now have used creativity to sustain the Retreat House as a center of spiritual dynamism for the Archdiocese of Philadelphia and the surrounding area.”

It is important to remember, the archbishop said, “we stand on the shoulders of giants – the people of the past who gave us this great gift, and one of the most creative parts of this gift that it is a retreat house owned and operated by the laity. It is a wonderful thing and I don’t think that happened too many times a hundred years ago.”

What the founders of Malvern Retreat House accomplished a century ago “is a great model for today,” the archbishop suggested.  “It is the responsibility of all of us,” he said. “The lay faithful is a wonderful title that the Lord has given you, the faithful in the Church. It is important that the faithful in the Church use their creativity out of the inspiration of the Holy Spirit that will evangelize the world of the 21st century.

“I ask all of you here today to be open to the prompting of the Holy Spirit both in terms of the future of Malvern Retreat House, but also in other ways that we might together respond as the Church of Philadelphia to embrace the future that God wants to give us.” 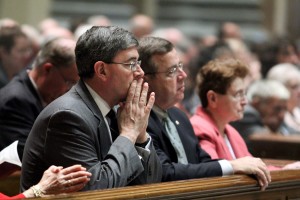 The archbishop also indirectly alluded to the child abuse scandal and other problems when he said, “We have had difficult times the last several years. Sometimes those difficulties take away our creativity. If that happens the devil has won the battle in today’s world between good and evil.”

Despite that, he said, “The Church of the future is always a gift from God that requires something new.”

Archbishop Chaput also spoke of the just-completed synod in Rome on the New Evangelization. “Great things were done there,” he said, “but the Lord also expects great things to be done here with your hands, with your minds and your hearts.”

NEXT: Investigator explains reason for delays in suspended priests’ cases