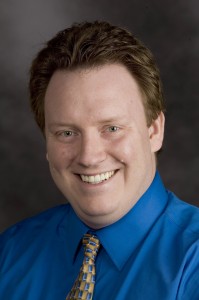 Erick Rommel is one of three writers for CNS’ “Coming of Age” column series for and about youth. He is the head staff writer for The Catholic Spirit in the Diocese of Metuchen, N.J. (CNS)

Everyone has goals. Some people have big goals. They want to be president of a company or feed undernourished children. Others have simple goals that are just as meaningful. They want to graduate from college or raise a family.

Goals can be extremely public or very private. You may learn of someone’s goal, but unless you also know why they want to achieve it, you really don’t know much at all. Vanessa Riddle had one of those goals.

She is an 11-year-old from Scotland. Her goal earlier this year was to reach 100,000 Twitter followers.

Some would scoff. They’d say she should use her energy for something else. Others would question why a preteen wants or needs that much attention. Those people would be making assumptions without knowing why Vanessa set her goal in the first place.

Vanessa is raising awareness of neuroblastoma, a rare and aggressive form of childhood cancer. She is more than just an advocate. She’s a patient.

An 11-year-old raising awareness about a disease that she’s also valiantly fighting seems a little more acceptable, doesn’t it?

Acceptance is one lesson we should learn from Vanessa. We also should learn to avoid leaping to conclusions. We don’t know those around us as much as we think we do. Why must we always assume the worst until someone shows their best?

Vanessa is teaching something else. Her Twitter crusade teaches us that we can all find something in common.

Consider this: Donald Trump, Sarah Palin, Susan Sarandon, William Shatner, Carrie Underwood, Justin Bieber and Channing Tatum all follow Vanessa on Twitter. They often leave comments of support. If you locked those celebrities in a room, no matter how nice they are as individuals, they would probably have disagreements. But they are united on at least one issue: wanting the best for Vanessa.

How universal is the support Vanessa receives? Lord Voldemort, the fictional character in the Harry Potter series, follows Vanessa on Twitter. When the most evil villain in all of magical Britain has your back, you must be doing something right.

Admittedly, many of Vanessa’s followers, famous and not, won’t do anything beyond follow her. They’ll see her tweets, remember that she’s that girl with cancer and then move on.

There’s nothing wrong with that.

Vanessa reached her goal of 100,000 followers in early December. Her followers now number 165,000. By early 2013, I wouldn’t be surprised if that number surpasses a quarter of a million.

If you’re not part of that group, you should think of joining it. Vanessa’s Twitter handle is @vanessariddle. From there, you can also find her website and Facebook page and learn more about the disease she’s fighting.

As her popularity grows, Vanessa is making the transition from being excited by celebrity attention to being a celebrity. On Dec. 8, Kathleen Canfield, an American with fewer than 200 followers, tweeted, “The sweetest thing happened today @vanessariddle follows me! I’m so honored!”

Vanessa and Kathleen are two people on two continents who made a connection. If we could make that connection with others around us, who knows what we can accomplish? Let’s start by curing cancer.

NEXT: Remembering a musical legend