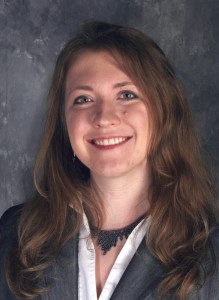 Lately, I’ve been reconnecting with old high school friends on Facebook. Since it has been more than 10 years since graduation, we’re naturally all wondering what has happened in each other’s lives. Is the class clown still funny? Is that bully still a jerk? What are my classmates doing with their lives?

I even found out what happened to Eric, my high school boyfriend. It turns out that he married a fantastic lady, has a cute son who is just one year away from entering kindergarten, and works a steady and profitable job in the service industry.

Recent photographs on Facebook show the three of them posing in front of a pile of colorful leaves at a fall festival and enjoying a summer picnic. I am happy that life has turned out so wonderfully for him.

I sometimes can’t remember, though, the good times we had — that trip to the movie theater, going to my homecoming dance or attending a football game at his school. The memory of our crazy breakup — the yelling, the blaming and the tears — is too strong.

Like most of the good things in this world, good relationships take work. That’s not something the world told me while Eric and I were dating. Instead, the world told me that love was a mystical, many-splendored thing, that it was something that would come upon me in a brilliant ray of heavenly light and that it would, indeed, conquer all.

So, I became seriously confused when I started having doubts about whether Eric and I truly made a good couple. Certain things about him drove me absolutely nuts, and I wasn’t sure we shared the same values.

One thing the fairy tales never tell you is that, sometimes, love takes work. That sugar-high, wonderful, floaty feeling everyone wants is never going to be enough if you want love to last. To stay in love, you sometimes have to slog through some of the muck — talking through problems, issues and concerns. Sometimes even that doesn’t work. Sometimes there’s a breakup, not a pot of gold, at the end of the rainbow.

Many of the characters on the television show “Glee” have recently endured tough breakups. Last year, viewers thought that three major relationships — Finchel, Brittana and Klaine — were going to beat the statistics and be together forever. Last year, Finn and Rachel were even planning on getting married. This year? They’re history.

But if you watch closely, you’ll find that those relationships weren’t wasted time. Brittany learned that she doesn’t want a long-distance relationship. Kurt learned that disloyalty in a relationship is a deal-breaker. Finn and Rachel both learned that they had a lot of work to do on themselves before they were truly ready to make a lifetime commitment to another person.

God brings people into our lives for many reasons. Sometimes they’re meant to be there for a long time, supporting us and walking with us on the road of life. Sometimes, like Eric, they’re only meant to touch our lives for a little while.

But a bad breakup doesn’t mean that the relationship itself was wasted time. It means that you have an opportunity to learn something real and honest about yourself. This is something that you can bring into your next relationship, something you can use to build a relationship that will be real and true and wonderful. It will be something that can last through the hurt and the bad times and the pain.

NEXT: The holiday folly of needs and wants