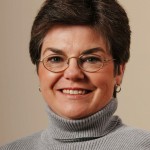 Like many Americans, I cut back on calorie consumption during January to make up for holiday excess. That eating marathon between Thanksgiving and New Year’s, which produces extra pounds and often much waste, sometimes seems like a personal issue.

But a recent study reminded me that it has its global impact. Our holidays were jolly with our three children visiting from Alaska, Philadelphia and Seattle. Adding to the fun was the presence of a son-in-law and two serious significant others.

What to feed six extra people for several days without everyone growing tired of my cooking and me growing weary of the kitchen? We agreed that each couple take one night to cook a favorite recipe. My husband and I would pay for the groceries and turn the kids loose in our open kitchen.

While one couple diced, chopped, simmered and sauteed, everyone else sat back with a glass of wine and armchair-quarterbacked the chefs.

Quickly, my kids decided this was a friendly “competition” with my husband as the judge. We enjoyed sizzling fajitas with homemade guacamole and mango salsa one night, and pasta with shrimp and asparagus, accompanied by homemade bruschetta on toast, another. A Thai concoction with chicken, sweet potatoes and other vegetables on quinoa completed the trifecta. My husband diplomatically declared a tie. My ordinary lasagna wasn’t even in the running.

Then came “the morning after.” We tried our best to eat leftovers for lunch, but even so, after a week of cleanup, with everyone gone, I had to throw out some food along with some cleverly decorated reindeer cupcakes that had grown stale.

Unhappily, my refrigerator cleaning came just as the Los Angeles Times reported that up to half of the food produced worldwide never makes it into a mouth. According to a study by Britain’s Institution of Mechanical Engineers, up to 2 billion tons of food are wasted annually.

This happens in a world where close to a billion people go to bed hungry. In my own city, while I indulge in an extra cookie I don’t need, lots of little kids face hunger daily.

There are many reasons for this waste, including our inability to estimate how much we really needed for each of our meals plus our tendency to want to have a bounty on the table instead of just enough.

Western consumers want perfect-looking food, too, so grocers scrap misshapen but still healthy produce. “Sell by” dates are strictly enforced, even though the food may be safe for a few more days. Warehouse stores offer bargains but enable us to buy in quantities that encourage waste and overconsumption.

Here are some sobering statistics from the U.S. Department of Agriculture: Americans at the beginning of the 21st century are consuming more food and several hundred more calories per person per day than did their counterparts in the late 1950s.

The food supply in 2000 provided 3,800 calories per person per day, 500 calories above the 1970 level. No wonder we’re fatter. However, not all of these calories are actually eaten. Many end up in spoilage and just plain waste.

Although these are U.S. figures, they are probably typical for much of the rich Western world.

Mahatma Gandhi is often attributed with saying, “Live simply so that others may simply live.” With the Lenten season fast approaching, that quote might inspire us to make some penitential commitments to monitoring our buying, storage, consuming and waste.

My refrigerator will become an unlikely Lenten focus, encouraging me to make a Lenten sacrifice that also impacts our world and helps me to think globally.

NEXT: Great inventors come in all ages