Penance recognizes our inadequacy, helps us face future with hope 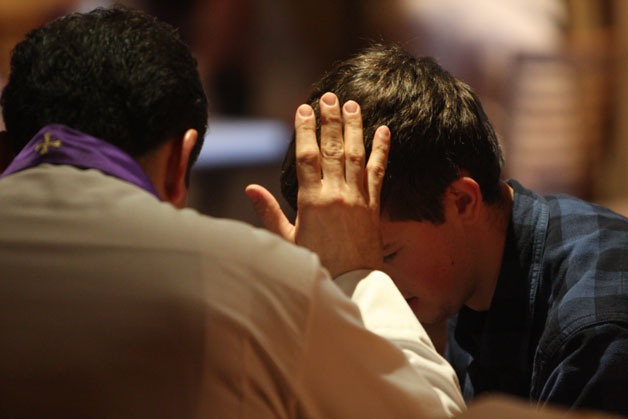 Many years ago I was trained and then licensed in California as a family counselor. Still, over the years, I have always made clear that I am a priest. The medical school training in counseling was an exposure to a wonderful and honored profession, as well as another useful lens through which to look at pastoral situations.

But when local officials in a small town need help with troubled folks and you happen to be one of the available professionals in their community, they don’t always worry about which hat they see you wearing. This happens rarely, but for me it has included dealing with family court and social welfare officers.

These experiences have made me more aware of the fundamental differences between counseling and the sacrament of reconciliation, or confession, as some know it.

As an example, I think of a very unusual situation from the past. A man had been referred to me by the court. He was ordered to meet with a licensed counselor. The exact details are not that important, but he had rolled destructively through the lives of people close to him and even some of his co-workers. The history of human pain he left in his path, if I recall, was the reason why the official ordered the meeting.

Our meeting was brief. He made clear from the start that the only reason he was there was that it was me or a spell in the county jail. “Well,” I told him in short order, “you’ve seen me. Legally, you’re off the hook. So why waste each other’s time? I’m too busy to play games.”

As I started tidying up my desk to leave for the day, I told him, “If you want to make some changes in your life, well, you’ve got my number.”

To my surprise, he called me a few days later, and I ended up meeting with him several times over the course of a few months. It was clear that he was coming to me in my role as a priest, not as a counselor.

Counseling is mostly about the past, about cutting loose from the destructive baggage and memories we can drag with us. The baggage that this man carried was heavy, but as bad as it was, it also was familiar territory. He knew his way around it, its rules and its routines. Until his recent brush with the law, he could handle it.

I told him at the start that I didn’t see much purpose in rehashing the past. What I wanted to know was whether or not he wanted a future. Did he want a life?

That is where the sacrament of reconciliation (also known as penance) comes in. Penance is not about the past. It is about the future. In his case, if he wanted it, it would be a future in very unfamiliar territory, and that scared him.

Penance is not just a new or kinder set of rules, or a different and better road map for living. Many good and moral nonbelievers can and do live that way.

Penance involves recognizing that there is much more to me and my life than what I or any human can see and know. It means being prepared to recognize a presence or value that goes beyond what I or anyone can imagine using ordinary human measures of worth.

Reconciliation, the sacrament, like all the sacraments, involves recognizing the limitations, even inadequacy, that we can see in ourselves if we are honest. And that means facing the future with hope rather than certainty. All of that was completely new to him.

He made clear that he finally wanted to stop the battling and to be rid of the past. The sacramental ritual seemed to support that hope, for it shifted the focus from where he had been and was to where he could be. Then he left. I don’t know what he did, but he seemed hopeful.

Dominican Father O’Rourke is a senior fellow at the Santa Fe Institute in Berkeley, Calif.

NEXT: Q&A: Sign of cross at start of Gospel; Praying for the deceased