A Lenten challenge to make us take a long hard look 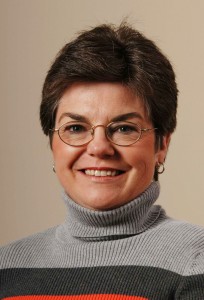 The Sunday paper reported the death of Reg Presley. The name may not sound familiar. Presley was a member of the musical group The Troggs, and provided the raspy voice that sang “Wild Thing.” Remember now? If you grew up in the 1960s or 1970s you couldn’t forget the song. “Wild thing, you make my heart sing.”

The abbreviated obituary from The New York Times called the song “a paean to teenage lust.” Mr. Presley was 71 and died after a series of strokes.

I’m sure there was much more to Presley’s life than these few paragraphs conveyed. Relationships, children, the joys and struggles of a lifetime, these weren’t mentioned. We were left to believe his legacy was a song that gets stuck in your mind once you think about it.

Do you ever wonder what your legacy will be?

Most of us will never merit an obituary in The New York Times. When we die, our obits will be written lovingly, and forgivingly, by our families. They’ll write the standard fare. We were someone’s child, someone’s parent, grandparent, spouse. We were teachers or firemen or volunteers or businesspeople. We belonged to a church. If we’d ever written or sung anything close to “a paean to teenage lust,” our kids might leave that part out.

But if someone could write an authentic, objective story about your life, what would it say?

Maybe that’s a good question to ask ourselves during Lent.

At Sunday Mass, our pastor made an observation that challenged my examination of conscience and the way I perceive my life’s story. He repeated it twice so it would sink in. He said that the things we generally recognize as our sins — our faults and failings — are often not what those who know us best struggle with about us.

During Lent, many of us will receive the sacrament of reconciliation. But many find it hard to identify their sins. After hearing my pastor’s comments, I began to think that my examination of conscience could take on a little new territory if I got out of my own head and tried moving into someone else’s.

How would it change my examination of conscience if I imagined myself standing in my spouse’s shoes, and asked, What it is about me that he finds least Christ-like, that he struggles with? What belittles or disappoints him? Was eating the extra brownie a sin — given that gluttony is a sin — or was my irritability for doing it, taken out on my spouse, my real sin?

Imagine how your children perceive you. Do they see you as someone who listens? Do they feel positive about your time together? Imagine them describing your legacy as a parent.

I found this exercise particularly compelling when I looked at myself from the eyes of someone with whom I’m not particularly close. Choose a relative, neighbor or in-law with whom you don’t have the greatest relationship.

From the perspective of the “other,” why is the relationship struggling? Don’t focus on her faults, obvious though they may be. Focus on your behavior through her eyes. How kind and forgiving are you? Do you come across as self-righteous, haughty, defensive, selfish, uncaring? Imagine how she might describe you. Honesty can make this exercise bear fruit.

PREVIOUS: Less than a perfect union

NEXT: Pope’s timing just right as he lacks the energy to meet responsibility