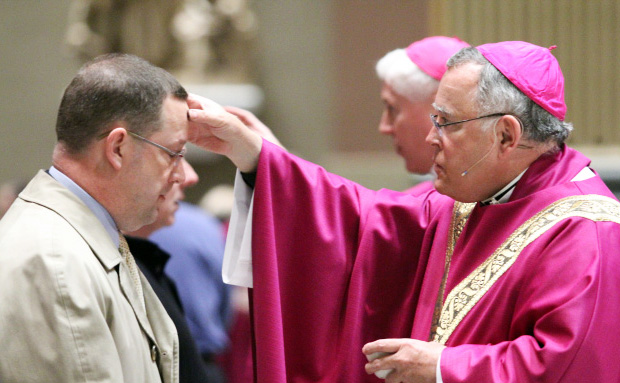 Archbishop Charles J. Chaput was the principal celebrant and homilist for the Ash Wednesday Mass at 12:05 Feb. 13 at the Cathedral Basilica of SS. Peter and Paul, Philadelphia.

Ash Wednesday signifies the beginning of Lent for Christians throughout the world. Lent is the 40-day penitential season of prayer, fasting and almsgiving from Ash Wednesday through Holy Thursday in preparation for Easter.

Beginning Wednesday, Feb. 20, parishes throughout the five-county Archdiocese of Philadelphia will offer the sacrament of Penance and Reconciliation each Wednesday evening from 7 to 8 p.m. for the duration of the Lenten season. (Photos by Sarah Webb)