St. Anastasia’s girls won the archdiocesan CYO championship the week earlier and the right to represent the Archdiocese in the state tournament.

Members of the team and their friends and classmates raised more than $27,000 for Make-A-Wish Foundation during the 2012 Christmas season. 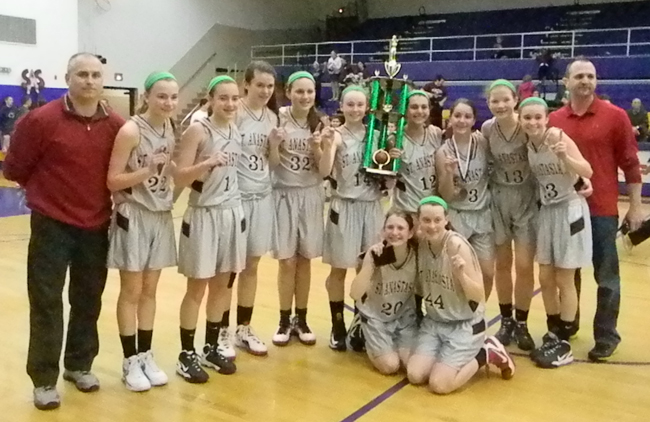