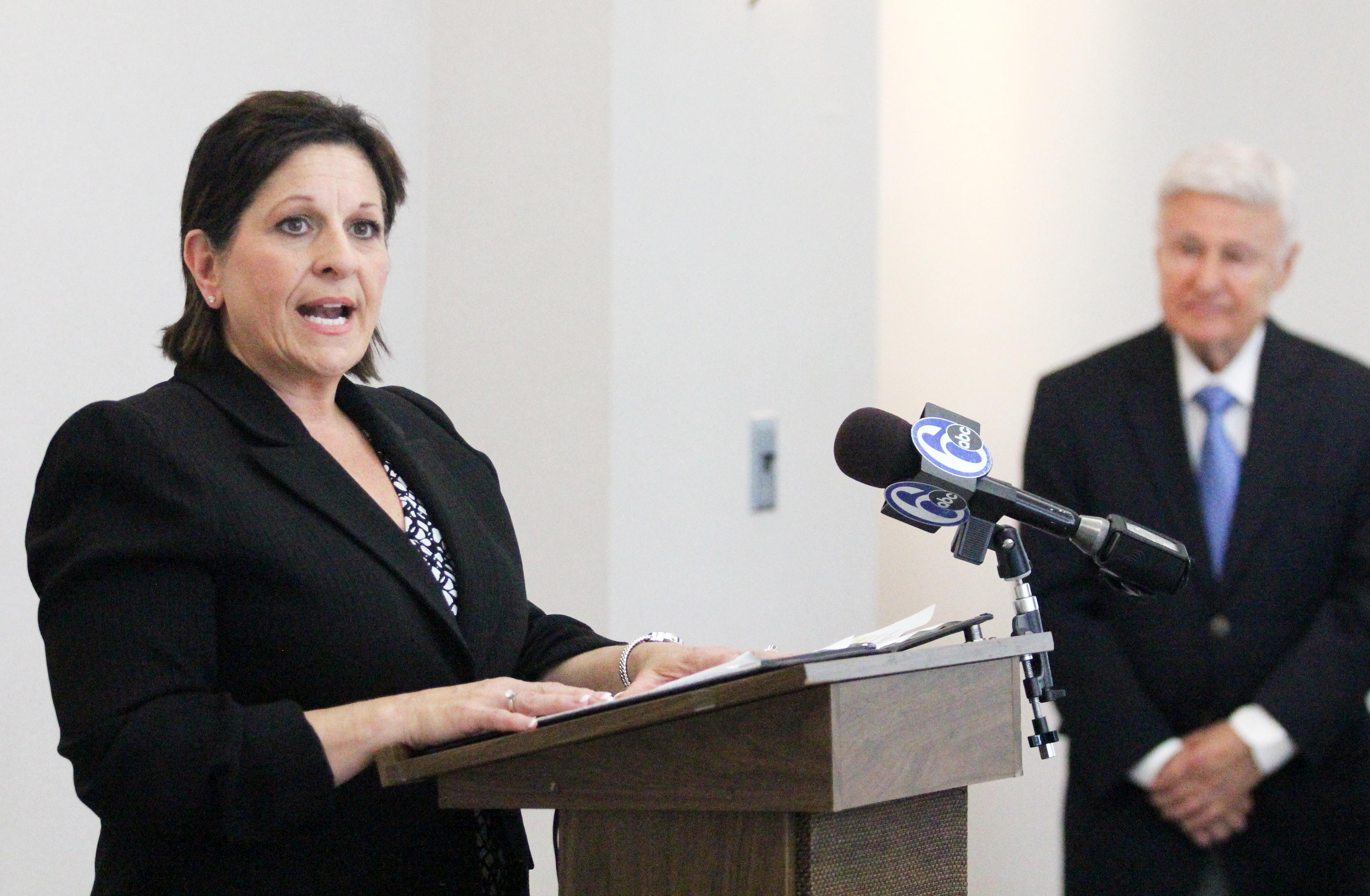 Dr. Carol Cary explains the partnership between Three W International and the Archdiocese of Phildelphia that will bring over 180 students to three Catholic high schools with in the next few years. (Photos by Sarah Webb) 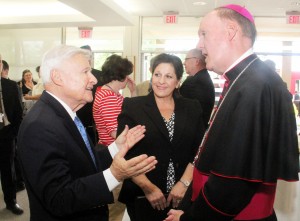 Nearly 180 international students will be coming into three archdiocesan high schools over the next several years, under an agreement announced May 23 at Conwell Egan Catholic High School in Fairless Hills, Bucks County.

Auxiliary Bishop Michael J. Fitzgerald, who oversees Catholic education in the Archdiocese, joined representatives of the Faith in the Future Foundation to announce the partnership with Three W International at the school’s press conference.

Also joining them were administrators from Conwell Egan, Archbishop Ryan in Northeast Philadelphia and SS. John Neumann and Maria Goretti Catholic High School in South Philadelphia, which are participating in the program.

At the press conference Dr. Carol Cary, archdiocesan superintendent for secondary schools, and Sam Rosen from Three W International discussed how three buildings that formerly housed religious sisters and brothers will be upgraded to serve as student dormitories to house the approximately 100 students that will be enrolled for the 2013-2014 school year.

Archdiocesan high schools currently have nearly 200 international students enrolled, who are all housed with host families throughout the archdiocese.

Three W International is one of North America’s largest student enrollment management companies with over 90 partner schools and 1,700 students in 18 U.S. states and 3 Canadian provinces. The three residential programs in Philadelphia will be under the direction of Lawrence Callahan, retired Superintendent of Schools of the Archdiocese of Baltimore and the Archdiocese of Washington, DC.

NEXT: Archbishop calls for day of prayer and penance in response to Gosnell convition