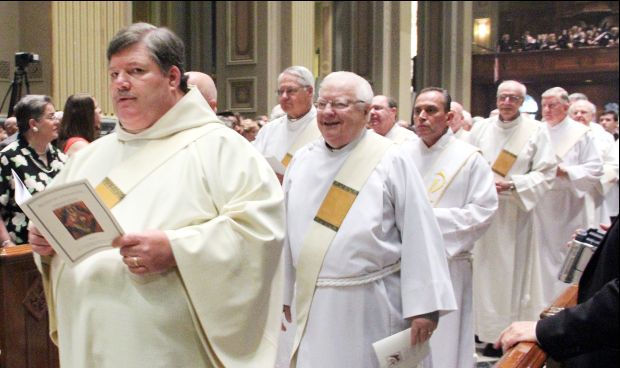 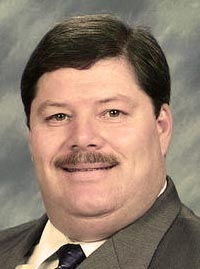 Deacon Joseph M. Cella Jr., 56, a permanent deacon assigned to Our Lady of Consolation Parish in the Tacony section of Philadelphia, died suddenly, Tuesday, July 23. He was also a Philadelphia Police sergeant and an investigative supervisor for the Major Crimes Unit. He was planning to retire from the department next year.

Deacon Cella, a Philadelphian, attended Our Lady of Ransom School and Father Judge High School. He received a B.S. degree in criminal justice and an M.A. degree in pastoral care and counseling from Neumann University, where he was a member of the board of trustees and also taught on the adjunct faculty.

He married Christina (Tina) G. Troemel on May 24, 1984 and they have three adult children, Catherine M. Kelly, Christina Cella and Anthony J. Cella.

He entered the permanent deacon program and was ordained June 4, 2000 by Bishop Robert P. Maginnis at the Cathedral Basilica of SS. Peter and Paul. After an initial assignment at Our Lady of Ransom Parish, he was asked by Father Dennis Carbonaro to transfer to Our Lady of Consolation Parish, where he was pastor, in 2011.

He also participated as deacon at many Cathedral Masses, most notably those of deceased police officers.

Deacon Cella, who was also a member of the League of the Sacred Heart, the fraternal group for police and firefighters, was chaplain and executive board member for Lodge 5, Fraternal Order of Police and a past grand knight of Regina Coeli Council, Knights of Columbus.

He was attending a meeting at the F.O.P. headquarters July 23 when he suffered a fatal heart attack.

“He always wanted to help,” said Police Captain Louis Campione, a past president of the League of the Sacred Heart and a friend for 33 years. “His master’s degree in counseling gave him the ability to assist people in distress. He had a sincere concern for people and was always there for families at a time of death. He was a credit to the faith.”

The people at Our Lady of Consolation were in shock by the sudden death, because he was a wonderful asset to the parish and spiritually its backbone, according to parish secretaries Barbara Thaete and Anita Naccarato.

“He tried to help the parish in any way he could and the people in any way he could,” Naccarato said. “Spiritually, he was the parish; he started our RCIA Program and our Pre-Jordan Program. He brought a lot of people into the Church; he was always there greeting people, it was like he never went home.”

With all of this he was very much a family man, according to his uncle, Deacon Bill Cella.

Recently Deacon Joseph bought a new home in Meadowbrook, and “he was thrilled to be able to give Tina her dream home,” his uncle said, and “he was absolutely ecstatic to see all three of his children through college.”

More recently, his grandchildren, Anastasia Cella (“Beans” to her granddad), and Sophia Kelly, have been a special joy to him. He loved to sit with Sophia in his lap watching cartoons on television.

“He loved God, he loved his family and he loved his extended family. He was a husband, cop, father, deacon and chaplain,” Deacon Bill said. “I was amazed that he did all that he did. His selflessness was a major gift. He touched many people in many ways.”

Deacon Cella is also survived by his mother, Joan M. Cella and his brothers Michael and Thomas Cella.

NEXT: Anne Wiesenhutter, Catholic school teacher for 40 years, dies at 68