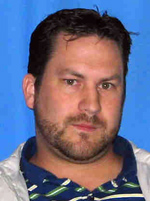 Malvern Prep’s administrators have received their share of interesting coaching candidates over the years.

After Jim Rullo stepped down at the end of this past season to take over Neumann University’s basketball program, hoop-honcho hopefuls rushed to their computers to send Malvern’s decision makers the requisite information.

Impressed by several resumes, one in particular raised some eyebrows – in a good way. After coaching for 12 seasons at Cypress Springs High School outside Houston, Texas, John Harmatuk was ready, willing and able to travel to the northeast to inherit the Friars.

“We don’t see many resumes like John’s come across our desks, and through our conversations and meetings, we were wowed by John’s experience, his values and the way he carries himself,” said Malvern Prep athletic director Kurt Ruch. “He has had success at the highest levels of high school basketball and his references were exemplary. We are excited to start this new chapter of Malvern Prep basketball.”

Among Harmatuk’s highlights was qualifying for the Texas state playoffs eight different seasons. After leading Cypress Springs to a district title in 2007, Harmatuk was named coach of the year.

Under Harmatuk, Cypress qualified for the state playoffs eight times. In 2007, after guiding the Panthers to a district title, he was named regional coach of the year.

Harmatuk said his new venue “felt right from the start.” He raved about the Malvern Prep community. Harmatuk’s focus on community, student leadership, and committed student-athletes are “exactly the values that the Malvern athletic program is looking for.”

Malvern struggled in the Inter-Academic League this past season, finishing an uncharacteristic 1-9. However, the Friars were a much better 8-11 against non-league opponents. Eight players graduated in June, including their top four scorers – Jimmy Gordon, Sam Ramagano, Ryan Ammerman, and Andrew Bargmann.

Also in coaching news, Neumann-Goretti High School has named Kevin Schneider as its new baseball coach. Currently the Director of Baseball for the Tri-State Arsenal, Schneider replaces Mike Zolk, whose Saints captured the 2013 AA city baseball title before losing in the state tournament.

“Kevin has established himself as one of the best young coaches in the game,” said N-G president John Murawski Jr. “Kevin has an impressive network of both professional and collegiate contacts. We are excited about what Kevin can do for our program and we are very proud to call him a Saint.”

Some immediate good news for Schneider is that many significant cogs from last year’s roster return, among them first-team All-Catholic first baseman Josh Ockimey and second-team All-Catholic Joe McGinley. Both will be seniors.