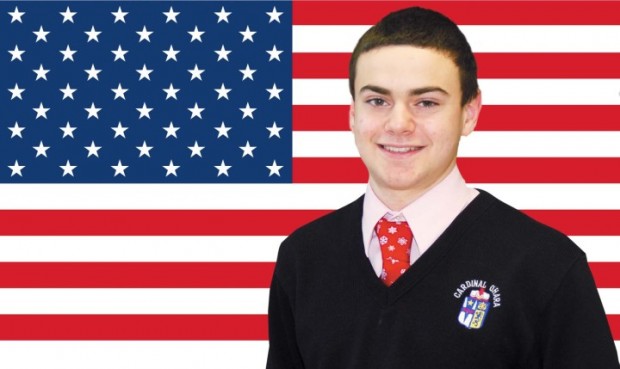 Matt McCalla’s father died when Matt was one year old. His mother passed away during his freshman year at Cardina lO’Hara High School.

Feel sorry for him? Don’t bother because Matt doesn’t want anyone to pity him. He prefers respect — something this 17-year-old senior has definitely earned.

Despite these difficult life experiences, Matt maintains a positive attitude and sets high expectations for himself. Those expectations recently culminated in a noteworthy achievement: getting accepted to Harvard University.

He also applied to StanfordUniversity and PrincetonUniversity and was accepted to both. However, Matt didn’t expect a yes from Harvard when he opened the e-mail message from the university. “I prepared myself for failure only because statistically I knew it was unlikely that I had been accepted,” he said. 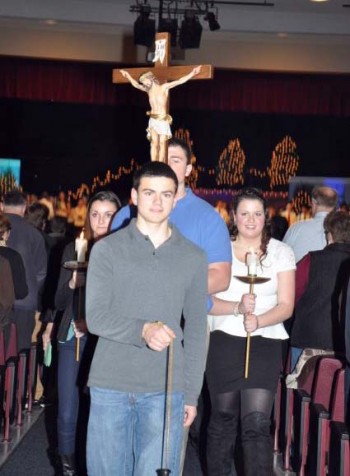 After Matt read the e-mail, he was so elated that he almost fell down two flights of stairs while racing to the basement to share the news with his Uncle George. “I ran to my uncle, picked him up and told him, ‘I got into Harvard!’”

Matt, a cross-country runner at O’Hara, had a unique requirement for the colleges he would consider attending. “My mantra when I was looking at colleges to apply to is that if I can run to it, I’m not going there,” said Matt, a member of St. Mary Magdalen Parish in Media. “Basically, that’s anywhere within a 20-mile radius of my house.”

He is interested in government and is considering politics as a future career. Matt also likes science, so he might major in both areas.

Although Matt is unsure about what he wants to do after college, he definitely wants to have an impact on the world. “I don’t want to get to the end of my life and look back on a very large bank account with very little accomplishment or contribution to humanity,” he said. “I really like having the opportunity to serve and to lead. I feel that at Harvard I will have greater opportunities to explore those further and see how they translate it into a career path.”

In addition to his busy academic schedule, Matt is student council president and a member of the cross-country and track teams at O’Hara.

His athletic activities have been a highlight of his high school years. “It has taught me valuable life lessons – perseverance through adversity, the value of having people stand beside you through trying times. I consider the team to be a brotherhood.”

During the fall cross-country season, Matt runs in the mile and two-mile races; in the spring he’s a pole vaulter on the track and field team.

“Distance running takes a lot of tenacity and perseverance whereas pole vault takes a lot of guts,” he said with a laugh. “You just have to run at it and think to yourself, ‘What’s more important – victory or my neck?’”

Matt not only competes in sports; he also enjoys participating in the annual Delco HiQ competitions. “Not only do you get to compete as an individual and how much knowledge you have but you’re part of a team that works together to learn different things and to communicate those ideas to each other up on the stage,” he said.

The experience he is most proud of is leading the school’s Kairos spiritual retreat, which is held at Malvern Retreat House each year. Father Paul O’Donnell, who was Cardinal O’Hara’s school minister at the time, had asked Matt if he would take on a leadership role during the retreat.

“I remember thinking that I wasn’t apt to lead it,” Matt said. “I didn’t think I had the ability to lead it. I was spiritual but I wasn’t sanctimonious.”

By the end of the day Matt told Father O’Donnell he would serve as a retreat leader.

“To be a leader on that retreat and help other people to improve their relationship with God, their relationship with one another, was really meaningful to me,” Matt said. “I really relished the opportunity that I had in those four days to prepare and go there and help other people on their own life’s journey. There’s something very rewarding about being able to see people go through such a transformative retreat.” 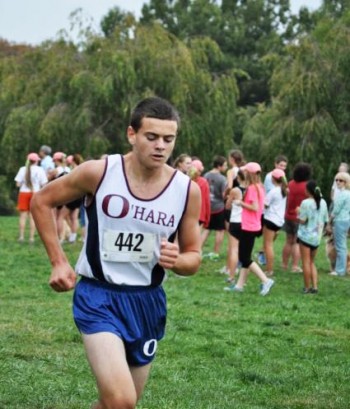 Matt certainly is familiar with life-changing experiences, especially after his mother died. It was a time when this young man reflected on what had transpired in his life.

“There was something inside me that told me I can be a victim or I can be a victor,” Matt said. “I can lay down right here and go through the rest of (my) life crying about how I never had a father or a mother who was an alcoholic, or I can pick myself up and I can use the gifts that God has given me to make a difference in this world.”

What emerged from reflecting on these challenging circumstances is a clear philosophy for his life: “No matter what hand you’re dealt in life you always hold the power to make tomorrow better than today, and today better than yesterday.”

While Matt is excited about college, he admits he is not eager to leave high school. “I look forward to it, but at the same time I’m invested in the present,” he said. “I’m invested in O’Hara and this community, the friends that I have here.”

Although Matt attended public elementary schools, he credits his mother with sending him to Cardinal O’Hara where he feels part of a faith community.

“The crucial identity of Catholic schools is that we are communities of people, families of faith,” he said. “We’re people who come here, not because we’re drawn here by where we live. When you have a school that is bound by a common idea – faith – it creates something more dynamic.”

PREVIOUS: Creed helps us see Jesus’ identity, and our destiny

NEXT: Life — serving others — is beautiful