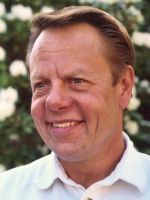 It is that time of year when parents of Catholic children who are not attending Catholic schools (give or take 98.4 percent of Catholic children) are asking, “What kind of threats, coercion, enticement and/or other mode of influence might I employ this year to get my kids into religious education class?”

We, of older generations, have been accused of being poorly catechized. This seems harsh as many of us have the scab-scar on our shoulder to prove we were catechized at an early age.

Regardless, we do not want our children and our children’s children to suffer from a lack of church knowledge and teaching. We must remind our youngsters, in the words of Vince Lombardi or somebody like that, “There is nothing more precious in life than faith, and that even means more than making the NFL playoffs.”

Still, many pundits will point out that way too many high school age Catholics cannot accurately answer basic religious questions such as:

1. What years were the pontificate of Alexander Pope?

2. Immediately following the words, “Hail Mary,” should one continue “full of grace” or “touchdown!”?

3. True or False: The seven dwarfs were named after the seven sacraments.

1. Alexander was too busy translating Homer and perfecting the heroic couplet to be considered as pope, although he did well in Catholic school.

2. This is actually a theological conundrum dating largely to the 1930s when a couple of Notre Dame University’s famed Four Horsemen are said to have used “Hail Mary” to describe football plays with little chance of success. The puzzlement was enhanced in 1975 when Dallas Cowboys quarterback Roger Staubach closed his eyes, said a Hail Mary, and threw a game-winning touchdown pass to Drew Pearson to beat the Minnesota Vikings in the playoffs. Note: Staubach is Catholic. Thus, opt for “full of grace,” finish the Hail Mary prayer, and bet on Catholic quarterbacks.

3. False. The seven dwarfs were named after the seven hills of Rome.

So, clearly we need to encourage our children to attend, well, yes, I almost wrote “CCD.” Candidly, after taking all the effort to learn to remember that CCD stands for Confraternity of Christian Doctrine, it is a sad thing that CCD became “religious education” and “catechesis.” Even though one really doesn’t know what confraternity means, it is a cool word, sort of like consubstantiation.

Say “consubstantiation” to a Protestant in the right tone of voice and it will stop him or her in his or her tracks. Then, while they are trying recover, cock your head, smile and whisper, “Yeah, consubstantial with the Father.” Power punch, for sure.

These and many other fundamental Catholic things are all available via catechetics which, in turn, are often available at one’s local parish.

NEXT: Pope Francis: likeable and not so likeable