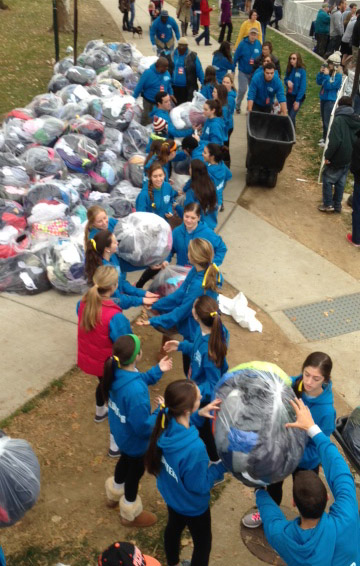 A small army of volunteers gathers thousands of articles of clothing discarded by runners at the Philadelphia Marathon Nov. 17. The clothing will be donated as part of an organization run through Merion Mercy Academy.

An army of student volunteers from Merion Mercy Academy in Merion, led by Madi Resnic and her father Michael, hustled behind thousands of runners at the Philadelphia Marathon last weekend and picked-up discarded sweats, shirts, hats and gloves.

The tenacious father-daughter team and their helpers collected 451 large bags containing 20,000 pieces of clothing that will be donated to people in need in the Philadelphia region.

The Resnics are founders of the Philadelphia-based nonprofit Clothes-pin (clothes for people in need) that has been collecting and donating the clothing cast-offs to homeless shelters and youth organizations since 2007. The group recently reached a milestone by collecting 150,000 articles of running gear since that time. 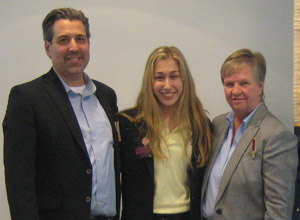 It all began innocently on a cold November morning six years ago when Madi Resnic, then just 9 years old, watched from the sidelines of a Philadelphia Marathon race that year. She saw runners peeling off and discarding layers of clothing during a warm-up session.

“I asked myself, ‘Why?’ I saw perfectly good clothes being hauled away in sanitation trucks,” she said. “At school we are taught social responsibility. I thought, what an opportunity to keep the clothes out of a landfill and help others at the same time.”

Madi and her father are thinking big, including plans to help with disaster relief, a fleet of electric trucks, corporate partnerships and a new goal to collect one million articles of clothing. 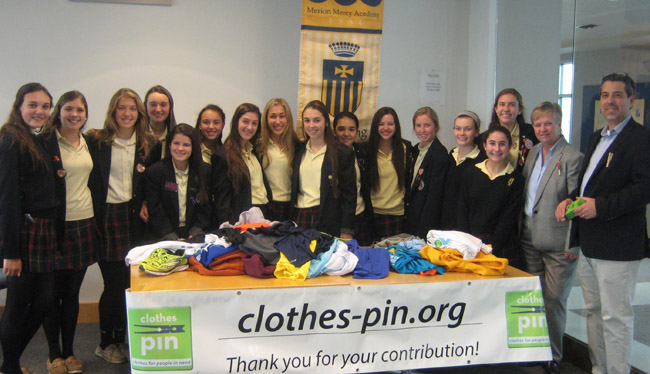 Merion Mercy Academy students show off some of the clothing cast-offs they collected at the Philadelphia Marathon.