Jan. 22: Marching for the Unborn 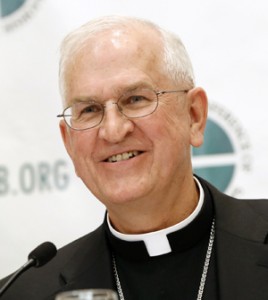 This Jan. 22 marks the 41st year since abortion became legal in the United States throughout the nine months of pregnancy. The 1973 Supreme Court decisions Roe v. Wade and its companion case, Doe v. Bolton, created one of the most sweeping licenses for abortion in the world.

Since then, more than 55 million innocent children have lost their lives to abortion in the U.S. Countless mothers are left behind, often hurting physically, emotionally and spiritually in silence. Others suffer, too: the men who lost their fatherhood, the grandparents who are missing grandchildren, and children deprived of siblings.

A massive crowd will gather once again at the national March for Life on Jan. 22 to protest the injustice of Roe v. Wade, and similar demonstrations will take place throughout the country.

I plan to join the gathering in Washington for several reasons. We march in memory of those lost to abortion. We march for the voiceless children to defend their right to life — especially for those like my brother Georgie, born with Down syndrome, whose lives all too often are deemed unworthy to see the light of day.

We march for the women considering abortion, that in our concern for their needs, they will find the strength to choose life. We march in solidarity with post-abortive mothers, working toward the day when no more women will endure what they have. And we march in thanksgiving for the courageous birth mothers who, despite many odds, have given their children the gift of life and an adoptive family to raise them.

On the eve of the march, thousands will join in an overnight national prayer vigil to pray for an end to abortion and commit all our pro-life activities to the Lord. Whether or not you can participate in person, consider joining our “9 Days for Life” campaign in solidarity with the pilgrims. It runs from Saturday, Jan. 18, through Sunday the 26th. Your prayers matter and your sacrifices make a difference!

Our pro-life activity doesn’t end with these annual events. The church’s approach to building a culture of life is multifaceted: We educate, advocate, serve and pray all year round.

Every year on this sad anniversary, I am encouraged by the witness of pilgrims who make the journey to march for life out in the cold, often at great expense and discomfort.

We are fighting for the protection of religious ministries, medical personnel, and business owners facing incredible pressure to violate their deeply-held beliefs. Visit www.usccb.org/conscience to watch our 3-minute video featuring three women whose rights are at risk — Cathy, Sister Jane Marie and Christine — and learn how you can speak up for conscience rights today. Another vital measure is the No Taxpayer Funding for Abortion Act, which will close the loopholes allowing federal support of abortion in the Affordable Care Act.

A prayerful way to promote life is the “Blessing of the Child in the Womb.” Given by a priest or deacon, the blessing honors each human life as a gift from conception onward. Having promoted this blessing several years ago, I am gratified by parishes’ efforts to offer it and to provide support, prayers and love for their mothers and fathers.

Every year on this sad anniversary, I am encouraged by the witness of pilgrims who make the journey to march for life out in the cold, often at great expense and discomfort. I am thankful for all the compassionate Project Rachel priests and counselors who share God’s mercy with those hurt by abortion. May they — and all who pray and sacrifice for the cause of life — know the protection of Our Lady of Guadalupe, patroness of the unborn and of all the Americas.

Archbishop Joseph E. Kurtz is president of the U.S. Conference of Catholic Bishops. Information on the bishops’ pro-life efforts can be found at their website here.

PREVIOUS: Widen your perspective, see how amazing the world is