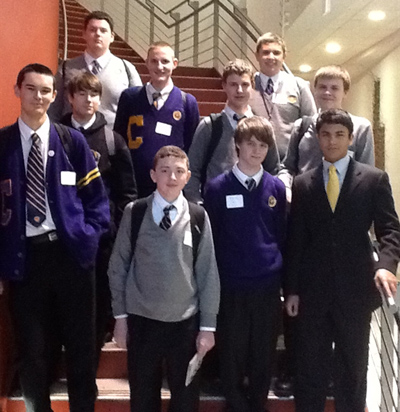 The summit simulated an international conference on nuclear security convened by the International Atomic Energy Agency.

The delegates represented 10 different countries in the roles of senior government officials, including high-level military leaders and senior diplomats, from both established nuclear powers and potential nuclear weapons states.

Delegates were charged with strengthening an international framework to secure, to the fullest extent, all existing nuclear weapons and material sites around the world.

Roman students have been participating in the educational programs of the Philadelphia World Affairs Council for more than 20 years.