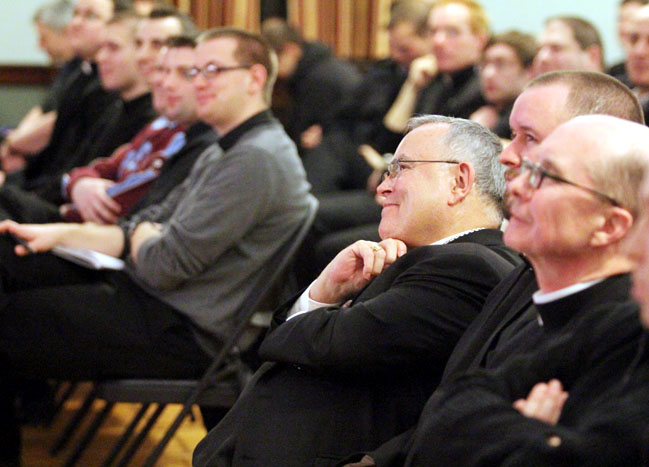 The talk was the first in the John Cardinal Foley Lecture Series honoring the late cardinal’s work in the media by featuring renowned speakers who work in evangelization through social communications.

Hundreds in attendance also watched the premiere of a new video about the legacy of Cardinal Foley. Ordained to the priesthood for the Archdiocese of Philadelphia, he served on the seminary’s faculty for 17 years while also serving as editor of The Catholic Standard and Times, newspaper of the Philadelphia Archdiocese. In 1984 he was called to the Vatican to direct the work of the Pontifical Council for Social Communications, which he led for 23 years. Cardinal Foley concluded his ecclesial service as Grand Master of the Knights of the Holy Sepulchre and returned to Philadelphia, where he died in 2011. (Photos by Sarah Webb)