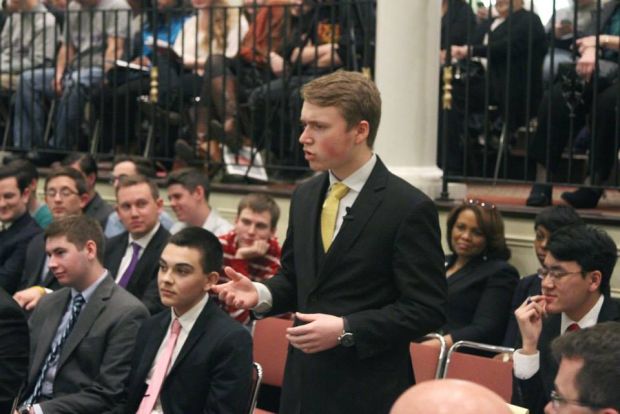 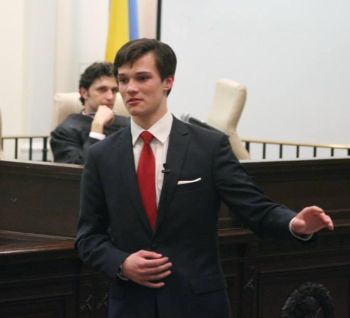 The mock trial team of Roman Catholic High School placed second by a whisker in the finals of the state mock trial tournament March 28-30 in Harrisburg.

The Cahillites competed against 326 teams in the state before losing a 5-4 decision to Altoona Area High School.

The teams debated in a mock courtroom whether a private school was liable in a case involving the death of a high school track athlete who abused performance-enhancing drugs. The final round was by Pennsylvania Supreme Court Justice Correal Stevens presided over the trial, which will be televised on the Pennsylvania Cable Network (PCN) Friday, April 4 at 7 p.m., Saturday, April 5 at 2 p.m. and Monday, April 7 at 10 p.m.

Roman Catholic capped a stellar season with a win over rival Girard College for the city championship March 15 at the Beasley School of Law at Temple University in Philadelphia.

NEXT: University students help families in Habitat for Humanity project