See the sights of St. Patrick’s Day Mass and parade 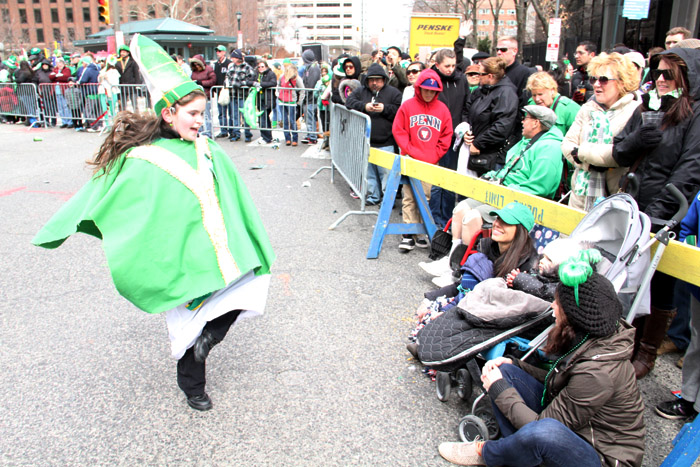 Maggie Harahan from Cara School of Irish Dance and Our Lady of Perpetual Help in Morton dances for spectators while the parade slows.

The celebration of St. Patrick’s Day began in the most fitting way Saturday, March 15 with Mass at St. Patrick Church in center city Philadelphia. Archbishop Charles Chaput was the main celebrant, joined by many archdiocesan priests of proud Irish heritage. Shortly afterward, the St. Patrick’s Day Parade stepped off in fine fashion along the nearby Benjamin Franklin Parkway. It featured floats, dancers, bagpipers and other musicians, plus many people lining the road who shared in all the fun. (Photos by Sarah Webb)

PREVIOUS: Rite of Election celebrates closer steps into the church

NEXT: Man Up Philly