Archbishop celebrates Chrism Mass with hundreds of priests at cathedral 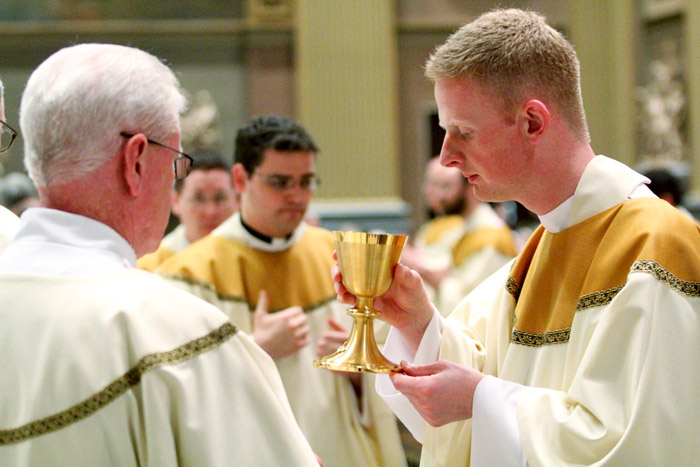 Father David Friel drinks the Blood of Christ from the chalice.

Archbishop Charles Chaput celebrated the annual Chrism Mass with hundreds of priests of the Archdiocese of Philadelphia on Holy Thursday, April 17, at the Cathedral Basilica of SS. Peter and Paul. During the well-attended Mass all the priests renewed their priestly promises. Archbishop Chaput also blessed the Oil of Catechumens and Oil of the Sick, and consecrated the Oil of Chrism. The priests then took the oils back to their parishes to use in the coming year in celebration of the sacraments. Also watch a video of the Mass here. (Photos and video by Sarah Webb)

NEXT: The Mass of the Lord’s Supper (photos)