Scenes from Holy Week in the Philadelphia Archdiocese 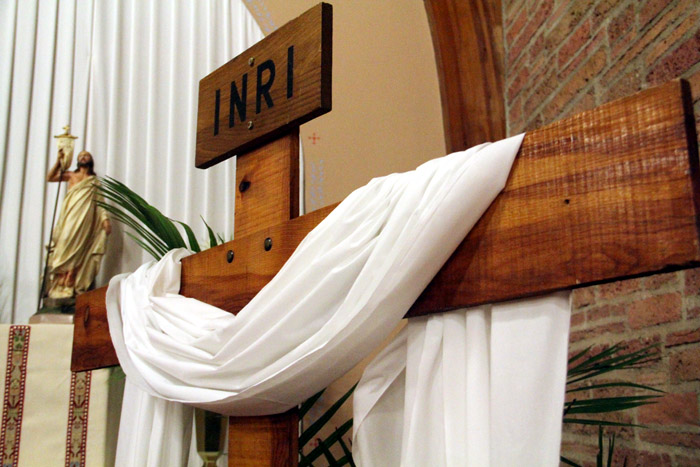 Holy Week began with Palm Sunday Mass April 13 at the Cathedral Basilica of SS. Peter and Paul in Philadelphia. The Mass commemorated Jesus’ entry into Jerusalem and the proclamation of the Passion. During the Holy Thursday Chrism Mass April 17 at the cathedral, Archbishop Charles Chaput blessed the holy oils that will be used throughout the Archdiocese of Philadelphia during the coming year. Later that evening the archbishop celebrated the Mass of the Lord’s Supper commemorating Christ’s institution of the sacrament of the Holy Eucharist. The archbishop also washed the feet of seminarians from St. Charles Borromeo Seminary. On Good Friday, Catholics gathered at Annunciation Parish in South Philadelphia to process through the streets reenacting the Lord’s passion and death. The Easter Vigil Mass on Saturday night, April 19, celebrated the resurrection of the Lord at Holy Trinity Church in Morrisville, Bucks County. The faithful at Immaculate Conception Church in Jenkintown, Montgomery County, celebrated the resurrection the following morning on Easter Sunday, when they also renewed their baptismal vows. (Photos by Sarah Webb)

NEXT: Our Lady of Hope Church hosts concert to support local youth