Pope to social climbers: Head for hills, not the church, for ambitions 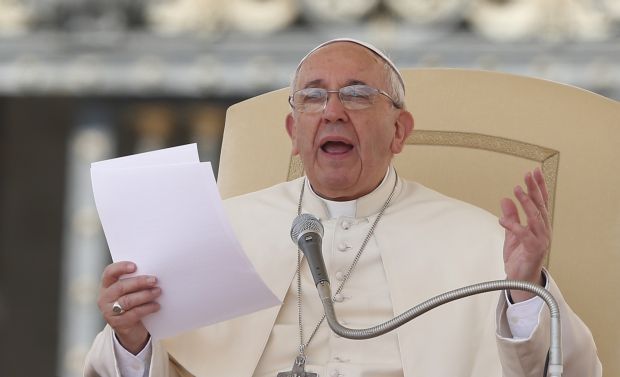 VATICAN CITY (CNS) — The Catholic Church is no place for “climbers,” who want to reach the heights of prestige, power and profit, Pope Francis said.

Instead of putting their sights on the church, such people should set off for the Alps for a healthier way to get to the top, the pope said May 5 during his homily at Mass in the Domus Sanctae Marthae, where he lives.

He also raised a red flag against “many good Catholics” and benefactors, who have raised money for the church, but profited handsomely from their efforts, even with so-called dirty money.

In his homily, the pope said people should ask themselves why they follow Jesus.

Because everyone is marked by sin and faced with temptation, he said people should reflect on their true motivation for being part of the church and being Christian. It should never be for prestige, power or profit, but purely out of love for Jesus, he said, according to a report by Vatican Radio.

Unfortunately, there are Christians who like to “strut around like real peacocks,” full of vanity and the need to show off, the pope said.

“Vanity is dangerous because it makes us slip immediately into pride and arrogance, and then it’s all over,” he said.

“How do I follow Jesus? Do I hide doing the good things I do or do I like showing off?” he asked.

It’s an important question for priests and bishops, too, he said, because “a vain pastor is not good for the people of God.”

It doesn’t matter if someone is ordained a bishop or priest, if they “like vanity,” he said they are not following Jesus.

Some Christians — sometimes unconsciously — are after power, he said.

“There are climbers in the church! There are many who knock on the door of the church,” looking for some kind of advantage, he said. “But if you don’t mind, head north and do some alpine climbing. It’s healthier! Don’t come to the church to do your climbing!”

Christians should ask themselves whether they would be willing to follow Christ all the way “to the cross,” he said, “or do I seek power and use the church a little, use the Christian community, the parish, the diocese to have a little bit of power?”

Christians also should avoid exploiting the church for money or profit, the pope said. There are “those who follow Jesus for money, with money, trying to profit economically from parishes, dioceses, Christian communities, hospitals and schools.”

It is a temptation that has existed since the time of the early Christian community, he said.

“We’ve known many good Catholics, friends, benefactors of the church, (people) with various honors, too. Many people!” he said. “Then it was discovered that they did some back-alley deals; they were real wheelers and dealers and they made a lot of money!”

“They presented themselves as benefactors of the church, but they took a lot of money, and not always ‘clean’ money,” he added.

Pope Francis asked people to pray for the Lord’s help and grace always to seek and follow Christ with the intention of loving him “and only him, without vanity, without craving power and without longing for money.”

PREVIOUS: If you leave church before Mass is over, does it ‘count’?

NEXT: Fight the blues with the Eucharist and Gospel, Pope Francis says