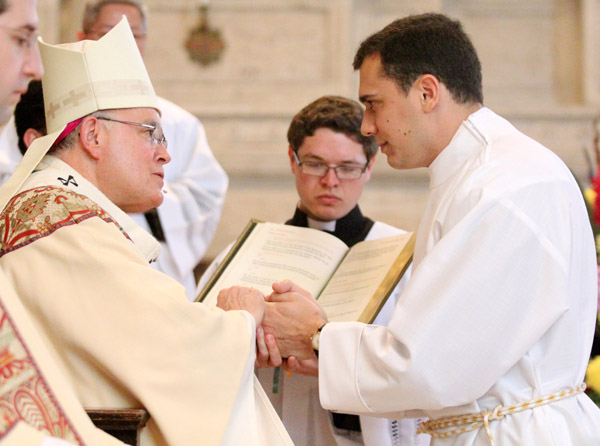 Rev. Mr. Daniel Arechabala makes the promise of the elect.