‘Across the Aisles’ at Corpus Christi Parish 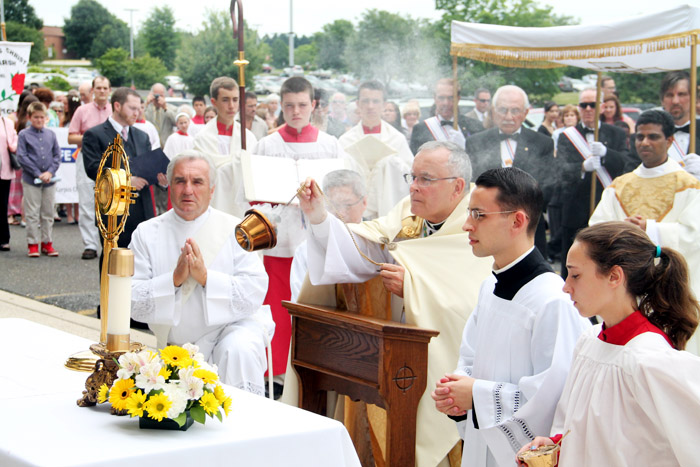 The archbishop incenses the monstrance during the first stop of the procession.

On the solemnity of the Body and Blood of Christ, Corpus Christi Parish in Lansdale celebrated its 50th anniversary Sunday, June 22 with a Mass celebrated by Archbishop Charles Chaput and concelebrated by the pastor, Msgr. Thomas Flanigan, and several other priests. After Mass parishioners joined in an outdoor eucharistic procession through the church property including stations for benediction. Also watch a video of the celebration here. (Photos by Sarah Webb)

PREVIOUS: Children celebrate Blessing of the Summer in Philadelphia

NEXT: Fortnight for Freedom closes with Mass, call to preserve religious freedom