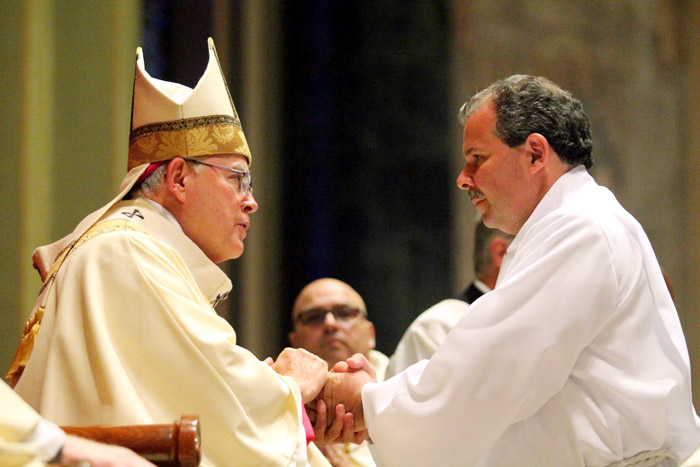 Archbishop Charles Chaput ordained seven men to the permanent diaconate Saturday, June 7 in the Cathedral Basilica of SS. Peter and Paul, Philadelphia. Accompanied by their wives and joined in the congregation by family and friends, the men hail from across the Archdiocese of Philadelphia and will begin their service as ordained clergy in parishes of the archdiocese. See their assignments here, and read brief bios of the men here. See video from the ordination here.(Photos by Sarah Webb)

PREVIOUS: Scenes from the graduating Class of 2014

NEXT: ‘Across the Aisles’ at Holy Martyrs Church, Oreland