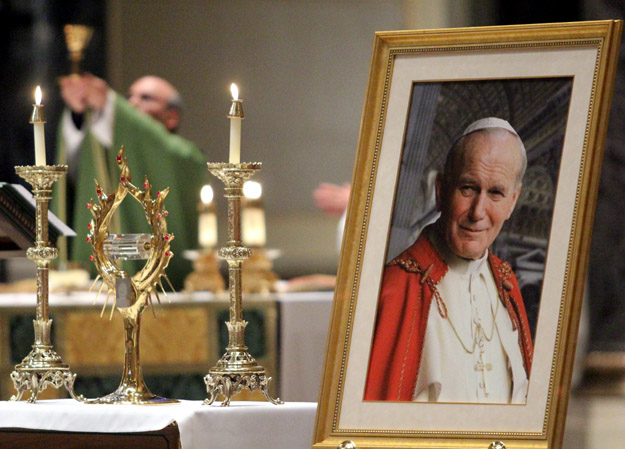 A relic of the recently canonized Pope St. John Paul II was exposed for public veneration between all of the Masses at the Cathedral Basilica from Saturday, July 19 to Sunday, July 20.  At the conclusion of each Mass there was a blessing with the relic, asking for the saint’s heavenly intercession. Hundreds of people came to the Cathedral Basilica for the devotion last weekend.

The relic is of the Holy Father’s blood, which remains in a liquid state. The Knights of Columbus have been entrusted with this relic to foster devotion to Pope St. John Paul II.View video from the mass. (Photos by Sarah Webb)

PREVIOUS: Theology of the Body gathers 700 for study, discussion

NEXT: Across the Aisles — St. Philip Neri Church