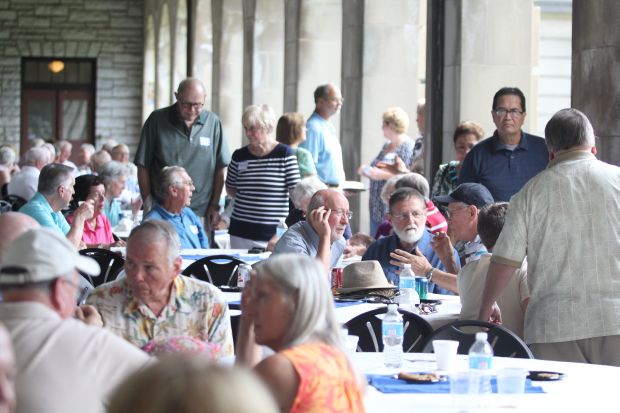 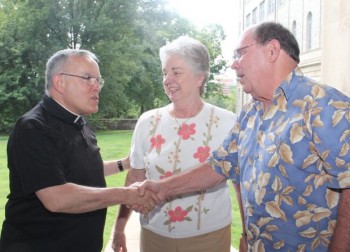 Permanent deacons of the Archdiocese of Philadelphia met for an assembly Saturday afternoon, Aug. 9, at St. Charles Borromeo Seminary in Wynnewood. The meeting was followed by the annual Deacon Day picnic in St. Joseph’s Courtyard at the seminary, where the deacons and their wives were joined by Archbishop Chaput. 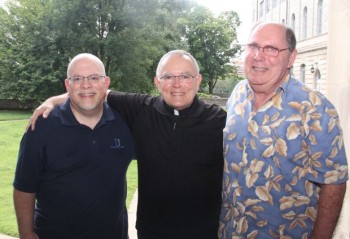 Deacon Michael Pascarella, the new head of the permanent diaconate office in the Philadelphia Archdiocese, spends time with Archbishop Chaput and Deacon James Owens, who is retiring from the position but remains an active deacon in the archdiocese. (Sarah Webb)

PREVIOUS: Talks promote cause of Matt Talbot, model for those in addiction recovery

NEXT: St. Joseph’s U professor to lead Catholic-Jewish relations group