Get to know Catholic scouting, the largest youth ministry 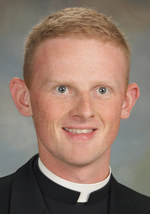 One of the most common brands of youth ministry in Catholic parishes is also the largest and oldest youth movement in our country. Since 1910, the Boy Scouts of America have been on the forefront of serving our nation’s youth through character development and values-based leadership training. In the coming months, there are several exciting opportunities for scouts to grow in their faith.

Locally, the Archdiocesan Catholic Committee on Scouting (ACCS) administers the religious emblems program for all Catholic scouts and units. There are five different emblems a Catholic scout can earn, each tailored to a specific age group. These medals are awarded each year at the Archdiocesan Scout Mass, often celebrated by the archbishop at Cathedral Basilica of SS. Peter and Paul. The ACCS recently launched a new website, PhillyCatholicScouting.org, to serve as the hub of information about Catholic Scouting in our area.

At the national level, Catholic scouting offers a phenomenal opportunity for scouts to combine their faith with outdoor adventure. The St. George Trek, conducted every other summer, is a unique backpacking journey held at Philmont Scout Ranch, a 137,493-acre wilderness property in northeastern New Mexico. Every diocese is permitted to select two youths to participate in the St. George Trek.

In order to qualify, scouts must be 15 years old by July 1, 2015 and still be in high school in the fall of 2015. The Trek is also open to Venturers, including young women, who participate in an all-female crew during the experience. The application is available on the new ACCS website.

Scouting stresses four major responsibilities for every scout: duty to God, duty to country, duty to others and duty to oneself. Each of these obligations is referenced in the Scout Oath. The ACCS exists to assist Catholic scouts in fulfilling their duty to God. In addition to the religious emblems and the St. George Trek, scouts can earn patches for participating in the Footsteps of American Saints program, the Rosary Series and the International Catholic Awareness medal.

A Catholic scout retreat is organized each year by the ACCS. This year, however, two retreats will be offered. The first will be held Oct. 3-5 at Camp Hart, along the Unami Creek in Pennsburg, Montgomery County. The second retreat will held jointly with the local Jewish Committee on Scouting Oct. 24-26 at Camp Briarwood in Buckingham, Bucks County.

How important is a scout’s “duty to God”? According to the founder of the Scouting movement, Lord Baden-Powell, it is central: “There is no religious ‘side’ of the movement. The whole of it is based on religion, that is, on the realization and service of God.” Baden-Powell, a distinguished general in the British Army, takes it even further: “Field efficiency, back woodsmanship, camping, hiking, Good Turns, jamboree comradeship are all means, not the end.  The end is character with a purpose.”

Because of this vision, Catholic Boy Scouting continues to be one of the most common and most effective forms of youth ministry.

PREVIOUS: Get the go-ahead from Congress before another war

NEXT: Abbey Fest started with a vision for building beauty ever new