Join the march, and prayers, for life 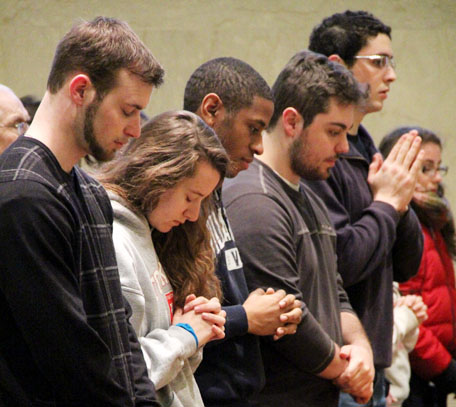 Young adults pray during a Mass for life early this year at the chapel of the Cathedral Basilica of SS. Peter and Paul, Philadelphia. (Sarah Webb)

You might want to mark your calendar for Sunday, Sept. 28, the date for Philadelphia’s annual Respect Life Mass, which will be celebrated by Archbishop Charles Chaput at 6:30 p.m. at the Cathedral Basilica of SS. Peter and Paul.

This year is a bit different in that it will be preceded by a 3:30 p.m. Rally for Life at center city’s Love Park followed by a Walk for Life (just two or three blocks, don’t bother packing water) to the cathedral for a Holy Hour in preparation for the Mass. 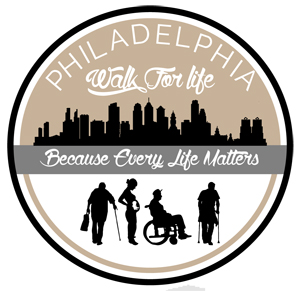 The rally, which will be co-sponsored by the archdiocesan Office for Life and the Family and Austin, Texas-based Heroic Media, is a perfect example of cooperation between Catholics and other Christians, especially Evangelical Christians, on the important life issues.

The featured speakers include the well-known and the lesser known, all with a compelling message.

Best known is probably Father Frank Pavone, who has been the national director of Priests for Life since 1993, a member of the Vatican’s Pontifical Council for the Family and the Pontifical Academy for Life. Also speaking will be Bobby Schindler, who heads the Terri Schiavo Life and Hope Network. It is named for his sister Terri Schiavo, who was in a coma for 15 years until her husband received court permission to have her life support removed against the wishes of her birth family, who fervently believe human life is sacred and must be protected if at all possible.

Another speaker will be Rev. Herb Lusk, pastor of Philadelphia’s Greater Exodus Baptist Church. Older sports fans may remember his days as a running back for the Philadelphia Eagles, especially the 1977 game against the New York Giants when he took a toss from Ron Jaworski, ran 70 yards for a TD, then knelt on one knee for a moment of prayer — the first man in the NFL to do so. Unlike today’s Tim Tebow, in that generation he was not mocked for his act of faith.

Now as pastor of a large congregation he also does his bit for human life by running HOPE Pregnancy Center for women with unplanned pregnancies among numerous other community outreach programs.

Jessica Grono, who will also speak, is a shining example of how people with disabilities can live enormously productive lives. Born with cerebral palsy, which affects her limbs control and speech, she nevertheless teaches PREP at her parish, St. Basil in Kimberton, is a goalie for her wheelchair hockey team and a college graduate despite her challenges.

The mother of two, her first husband died when her daughter Laura was very young. Since remarried, she and her husband Jeff have another child, Jason.

A blogger using the name CP Mommy, she is an inspirational model for persons with disabilities of any kind and “a very good person to promote life” said Immaculate Heart Sister Kathleen Schipani, director of the archdiocesan Office for Persons with Disabilities and the Deaf Apostolate.

Also speaking at the march are Giovanna Romero, spokesperson for Latinos Por Vida, and Brendan O’Morchoe, national director for field operations of Students for Life.

“I’m pleased with the program,” said Steven Bozza, director of the Office for Life and Family. “We are pulling in some good people. The speaker we have from Students for Life is a firebrand in his own right and so is Herb Lusk.”

Philadelphia’s annual Mass for Life traces back to the mid-1980s when it was instituted under the sponsorship of the Philadelphia Chapter, Knights of Columbus. In its earlier years it was held in January on the Sunday preceding the March for Life in Washington.

NEXT: Icon and prayer for families to be unveiled Sunday at cathedral