Sister Rosemary Herron, R.S.M., and Sister Rose Bernadette Mulligan, I.H.M., share more than a vocation and a name evocative of a lovely flower. They were both among the 243 women and men religious honored at the Mass for religious jubilarians celebrated Sept. 7 by Archbishop Charles Chaput at the Cathedral Basilica of SS. Peter and Paul. 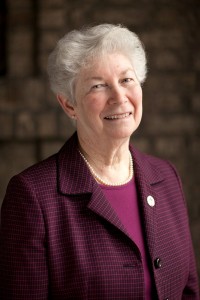 “I entered Sept. 7, 1964, it was the same date as the Mass,” said Sister Rosemary, who is now president of Mercy Vocational High School in Philadelphia.

She was born in South Philly in a family of eight children, four boys and four girls. The family had two religious vocations, herself and the late Msgr. Thomas Herron, a distinguished scholar. She attended Catholic schools taught by sisters all the way.

She started high school at West Catholic High School for Girls but switched to Archbishop Prendergast as a sophomore when the family moved to Drexel Hill.  Her mother thought she should take the commercial course, but her father insisted she take college preparatory courses. As recently as the early 1960s there really weren’t as many employment options for young women; maybe teaching, nursing, office work or factory work.

“I really didn’t know what I wanted to do in high school,” she recalls. “I guess I wanted to serve the church. Religious life mystified me, but I saw the sisters, especially the Sisters of Mercy, were happy people who got along with each other even if they had different personalities. They were a great example to me.”

By graduation from Prendie her mind was made up. She would enter the Mercy Sisters.

The Catholic world was quite different then. Archbishop Prendergast High School was huge and as Sister Rosemary remembers, more than a thousand girls graduated that year, and incredibly more than a hundred of them chose to enter the convent. She was one of 19 Prendergast grads to choose the Sisters of Mercy.

“There were 50 girls who entered with me and we were all teenagers; it must have been a challenge for the sisters who were our directors,” she said. “Some of us were friends when we entered and we have remained friends 50 years later.”

Three sisters from the group have died and many others have since left the convent — there were just 11 of her RSM class listed for the jubilee celebration.

“We just had a reunion of the girls that entered with me,” Sister Rosemary said. “There are many more opportunities for women to serve the church today. Some of them are now career women, mothers and grandmothers. They all basically say they are better people for once having been a sister and I think that is a great tribute to the community.”

After her formation and profession with further academic training she started a teaching career in fourth grade at Our Lady of Mount Carmel in South Philadelphia for two years, which was wonderful. Back then her name in religion was Sister Thomas More, a name that also honored her father, Thomas Herron.

Her next assignment was eight years at Gwynedd Mercy Academy teaching grades six to eight. Then it was off to the races with a brief assignment at St. John the Evangelist in Hialeah, Fla.

“I loved my 21 years at Gwynedd Mercy,” Sister Rosemary said. “Many of the people there are my friends, but I do believe if Catherine McAuley, our foundress, was alive today she would be at Mercy Vocational High School. I think this is the work she did 150 years ago.”

Looking back over the half-century, “I’ve been very happy. It is a great life,” she said.

Yes, today there are many more options for ministry in the church other than religious life. Just like marriage, religious life has challenges, she believes. “What makes it different is your prayer life, your vowed life and your living in community. You bring that to your ministry.” 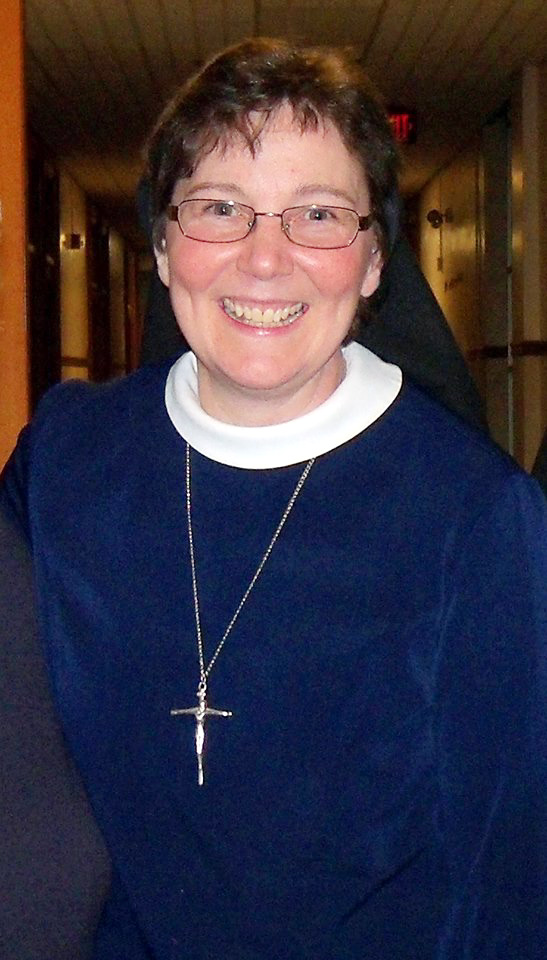 Sister Rose Bernadette is a self-admitted “Chunker.” She was born and raised in Mauch Chunk, Pa., which is now Jim Thorpe in the Allentown Diocese. She was taught by I.H.M. Sisters in grade school and also at Marian High School in Tamaqua.

When it came time for college she chose Immaculata, although her mother had reservations about it, thinking she might have a little too much of the sisters. She probably guessed what her daughter was really thinking.

The truth of the matter was she really hadn’t made up her mind what to do. Maybe it would be a career in science or music, maybe working in New York City or entering the convent. All of the ideas rolled around in her head, but teaching wasn’t one of them, which are of course what most I.H.M. Sisters did.

“I did want to help people in some way,” she said. The possibility of religious life was definitely there and she chose Immaculata for college because it would give her an opportunity to get to know the sisters better.

“There was something about the joy of the sisters and the way they interacted with us as students,” she remembers, and that made up her mind. She entered in 1986, but because the Immaculate Heart Sisters date jubilees from profession not entry, this is her jubilee year because she professed in 1989.

Of course there was that little thing she still hadn’t fully considered — teaching.

“When I first started teaching I thought, ‘Oh my gosh, what have I gotten myself into?’” she recalls, “but I grew to love teaching.”

Probably because of her science background, she was given upper grades at St. Monica School in South Philadelphia, where she taught for five years. Next it was eighth grade at St. Teresa in Runnemede, N.J., and St. Cecilia, Philadelphia.

The congregation sent her back for further studies at Drexel University, where she also was a teaching assistant. Freshmen would come into her office and look dumbfounded to see a nun in habit. They would look at their paper, look at her and look at the paper again, until she would explain that yes, they were in the right room.

She was still at Drexel in 2000 when St. Katharine Drexel was canonized and one freshman came in and said, “My mom wants to know if this is a Catholic college or something.”

After her studies she taught chemistry at Immaculata for four years, then seven years ago the congregation asked her to go into vocation ministry and that is what she is still doing.

“It’s complex and there are probably several different factors to creating a vocation culture,” Sister Rose Bernadette said. “One factor is smaller families today and parents with only one or two children are less likely to introduced the idea of a religious vocation to them; and also we live in a culture that values success but not in the way the church does,” she said.

There is also the fact that there are many more different avenues for service out there today than in the past. Also, most congregations are reluctant to accept pre-college candidates because most ministries will require a college education.

From her experience, Sister Rose Bernadette has found that candidates who have worked a year or two while discerning generally have greater ease in adjusting if they do enter the congregation. There are pre-entrance discernment retreats they can attend. “It’s really natural for them to really discern the call and get to know us and we can get to know them,” Sister Rose Bernadette said.

And of course there is a matter of money. There are very few recent college graduates who do not have debt from student loans, often substantial debt. Because the highest attrition rate is in the early years, religious congregations are reluctant to take on that debt.

Sister Rose Bernadette points to two avenues that might be helpful. First there is the Minnesota-based Laboure Society which assists candidates for religious life. Among other programs it provides assistance for debt payments during the early years of religious life up until final profession.

In her ministry Sister Rose Bernadette still sees women answering the call. As for herself, “I’m very grateful to God that he called me,” she said. “I really love being a sister and being of service to people in the church. It has been a joy and an adventure.”

PREVIOUS: From a far off land, they’re coming to Overbrook