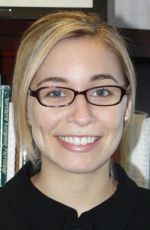 Over the past two years, Catholic advocates in Pennsylvania made their voices heard on issues ranging from education to respect for life, from health care to religious liberty. No matter the subject, you have brought Gospel values and the teachings of the church into the public square. Catholics across the state, partnered with the Pennsylvania Catholic Conference (PCC), affected change and promoted the common good in our Commonwealth.

One of the most high profile issues for the PCC, Pennsylvania Catholic Health Association (PCHA) and Catholic advocates was abortion opt-out legislation. Passed in 2013, this law clearly prohibits the taxpayer-supported insurance plans created under the federal health care exchange from covering elective abortions.

No new laws modifying the state’s death penalty statute were enacted this session. Gov. Tom Corbett issued a reprieve to death-row inmate Hubert Michael due to the Department of Corrections’ inability to carry out the execution because of a lack of lethal injection drugs. The governor has stated that the reprieve will remain in effect until the DOC obtains the necessary execution drugs, which could happen at any time. Once the drugs are acquired, the execution will be rescheduled. An action alert about the death penalty remains active on the PCC website.

Act 130, the Down Syndrome Prenatal and Postnatal Education Act, was supported by the PCC, PCHA and our advocates. One of the goals of this legislation is to reduce the high percentage of Down syndrome babies who are aborted (estimates place the rate at 90 percent). Passed in 2014, this law ensures that parents are armed with the information and support they need to understand their child’s Down syndrome diagnosis. It requires health care providers to provide resources and information to families who receive a diagnosis of Down syndrome.

In the area of education, the PCC advocated for improvements to the popular Educational Improvement Tax Credits and the Opportunity Scholarship Tax Credits. While EITC/OSTC programs were level-funded in the 2014-2015 state budget, several changes were made: a business may now elect to apply for an alternate credit should its preferred credit be unavailable; after Jan. 1 of each fiscal year, the department will be permitted to transfer unused credits from one program to another; large partnerships and LLC’s will be able to create smaller subsidiary partnerships whose members can then participate in the EITC and OSTC programs.

Next session, the PCC will continue to work to defend religious liberty regarding the authority of the state government to influence religious childcare ministries and curriculum as well as equal funding for textbooks and auxiliary services for non-public schools.

Gov. Corbett’s Healthy Pennsylvania health care plan received federal approval, meaning as many as 600,000 more Pennsylvanians will be able to access quality, affordable health care through the private insurance market. PCC and PCHA applauded the federal approval of the plan as one more step toward offering access to health care for all persons. Also in the realm of health care, PCHA and PCC lobbied for an extension of the Children’s Health Insurance Program, which had been set to expire.

PCC and PCHA also supported an expansion of Pennsylvania’s designated safe havens. Now police stations, in addition to hospitals, are designated as sanctioned safe havens for placing unwanted newborn babies. This will hopefully prevent tragedy by providing parents in crisis additional locations at which they could place their newborns.

The PCC and our Catholic Advocacy Network were very active in supporting Senate Bill 75, which strengthens Pennsylvania’s laws against human trafficking. In fact, the Polaris Project, a national agency working to combat human trafficking, named Pennsylvania as one of the most improved states in acknowledgement of this legislation.

The legislation listed here is just a sampling of the issues on which the PCC, PCHA and our advocates worked together in the 2013-2014 legislative session. To become an advocate and add your voice to those of thousands of other Catholics in Pennsylvania, visit www.pacatholic.org or www.facebook.com/pacatholic.

NEXT: In November, a call to reform the prison culture