In Philadelphia, married priests and wives find respect and acceptance 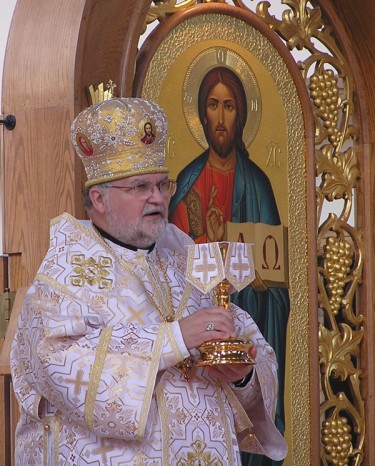 The recent announcement that the Vatican has lifted the ban on the ordination of married men to the priesthood by Eastern Catholic Churches outside of their traditional territories including in the United States, Canada and Australia, has been well received by the affected churches.

“We are overjoyed with the lifting of the ban,” Melkite Bishop Nicholas Samra of Newtown, Mass., told Catholic News Service in a Nov. 15 email message.

Here in Philadelphia, Archbishop Stefan Soroka of the Ukrainian Catholic Archeparchy of Philadelphia was also pleased at the decree that was actually signed in June.

But “in the case of our church it is a recognition of what we have already been doing,” he said.

The archeparchy (akin to an archdiocese) of Philadelphia covers Eastern and Central Pennsylvania, Maryland, New Jersey, Virginia and Washington, D.C., with about 67,000 members. Probably half of the priests are married, according to Archbishop Soroka.

“When the candidates are properly prepared and educated we are ordaining them,” he said, “and there was no reaction from the Vatican so long as there was proper formation of the man, and there was no problem with that.”

The tradition of the Eastern Catholic Churches, which are mostly in Eastern Europe and the Middle East along with the Orthodox Churches, has always been the acceptance of married men for ordination to the priesthood. The rule is they must already be married at the time of ordination and cannot advance to bishop, unless widowed.

Also, if the spouse of the married priest dies, he cannot remarry. That is the same rule that applies to married deacons in the Roman Catholic Church.

In recent years, as the Vatican has granted permission in certain cases for former Protestant married clergy to be ordained in the Catholic Church, there has been a greater thrust to lift the ban of married Eastern Catholic priests in their nontraditional territories.

As a practical matter, how does having married priests work out?

Very well, according to Archbishop Soroka, who sees health care insurance the only real added expense. “We pay that and it is about 50 percent more for a family,” he said.

NEXT: Archbishop to celebrate Mass for start of Advent, with family theme