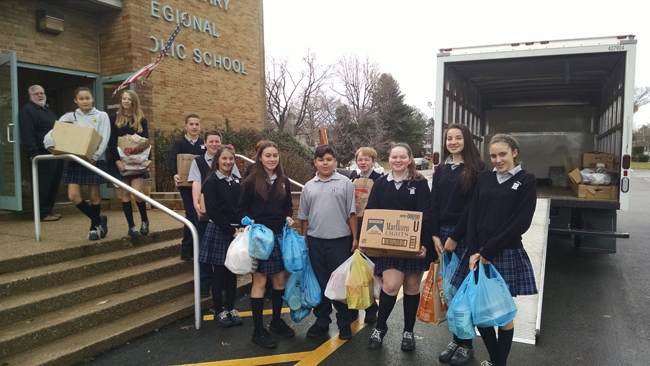 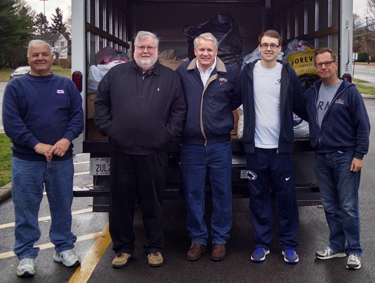 Assisting with the delivery of Thanksgiving dinners are Epiphany parishioners (from left) Jim Sullivan, Jim O’Conner, James and Scott Gibson and Bud Yanak.

More than 160 turkeys and full dinners for a family of six were donated by members of Epiphany of Our Lord Parish in Plymouth Meeting.

Over 100 turkeys and full dinners were delivered to Project HOME in Philadelphia, distributed the baskets to local residents, families of students at the Honickman Learning Center and to low-income families in North Philadelphia.

An additional 50-plus turkeys and dinners were delivered to the Missionaries of Charity in Norristown. Since 1984 the sisters have operated an emergency food service organization. In addition to food, household items and clothing are distributed to residents and are used to restock an emergency shelter for women and children.

NEXT: Couples learn joys of marriage before tying the knot