In week of Christian unity, diverse faithful pray together 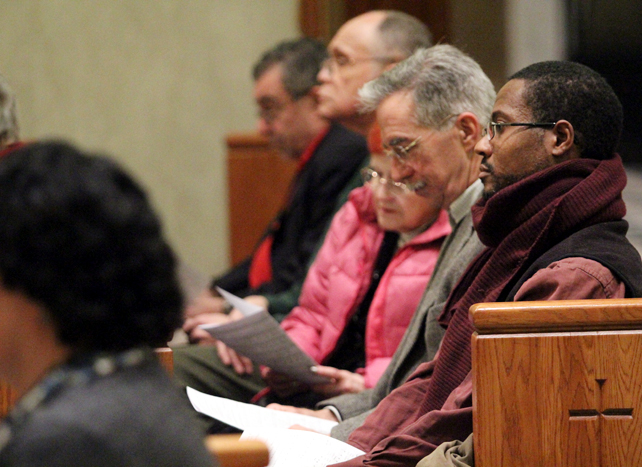 The Cathedral Basilica of SS. Peter and Paul hosted an ecumenical prayer service Jan. 20 to commemorate the Week of Prayer for Christian Unity celebrated this week throughout the world in the Catholic Church. Clergy and faithful from several Philadelphia church communities and the Cathedral Parish met in the Cathedral’s chapel to sing hymns, reflect on Scripture readings, pray and express their commitment to unity in Christ and solidarity with one another in the Gospel. (Photos by Sarah Webb) 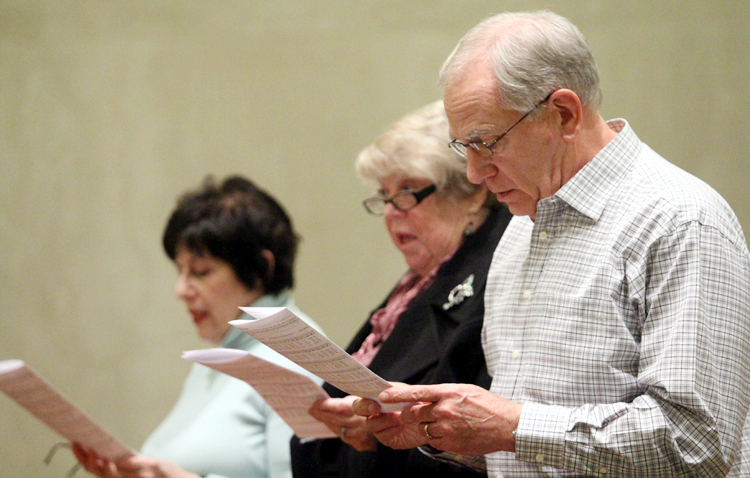 Bob Sierko of the Cathedral Parish sings a hymn at the liturgy. 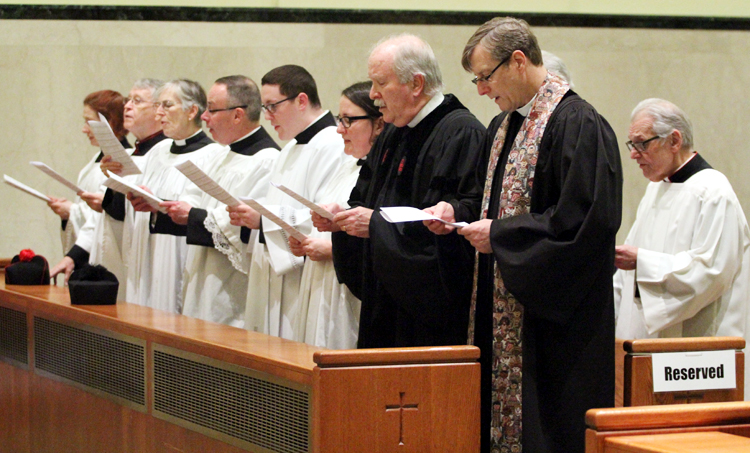 Clergy from Catholic and Protestant Christian communities pray together. 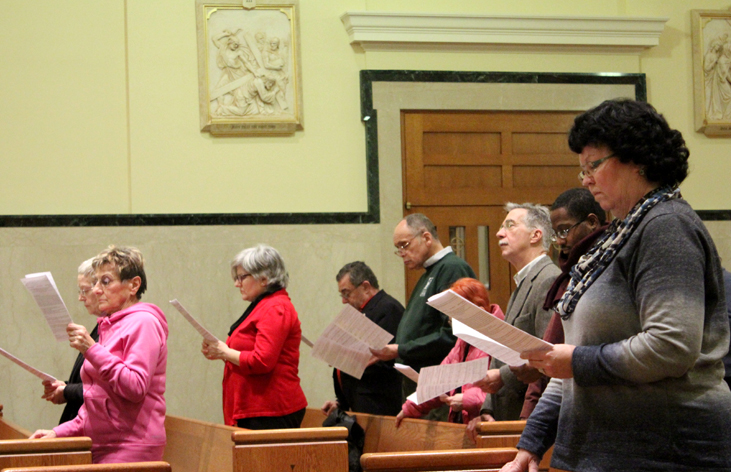 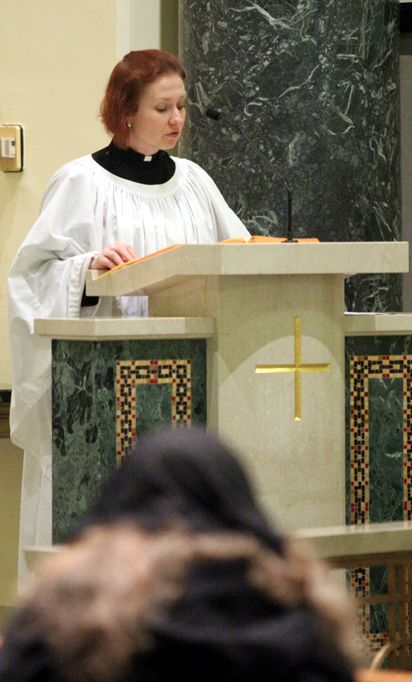 Davis Dambly (right) and Garth Terrelonge of the Episcopalian community participate in the liturgy. 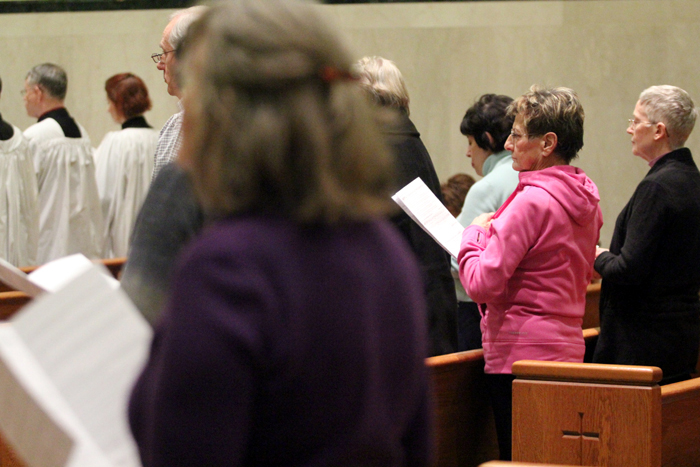 Members of the Cathedral Parish Rosemary Hennelly (in pink) and Mary Kirkpatrick participate in the liturgy. 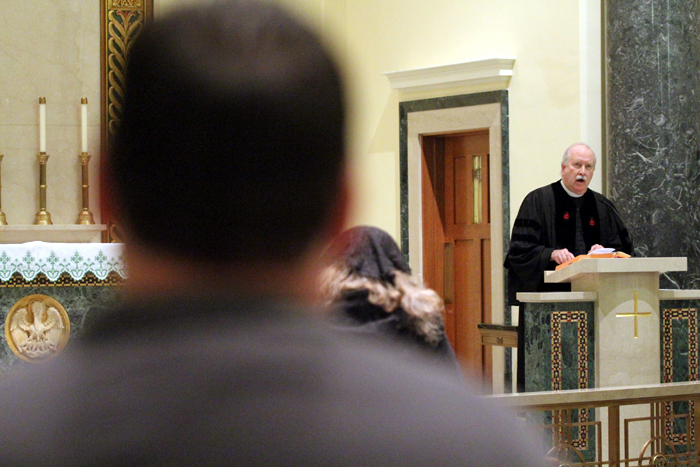 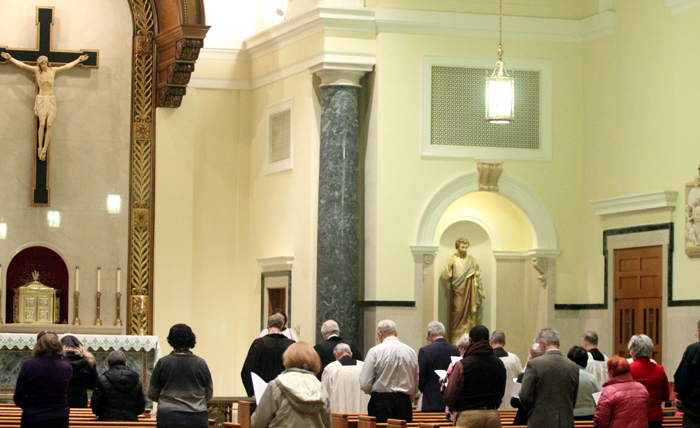 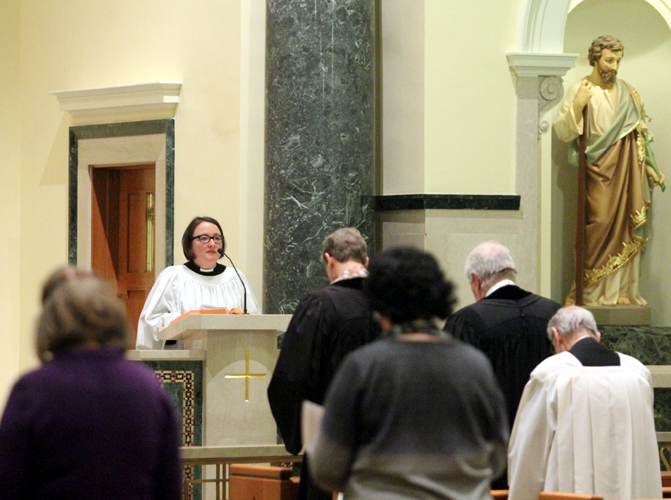 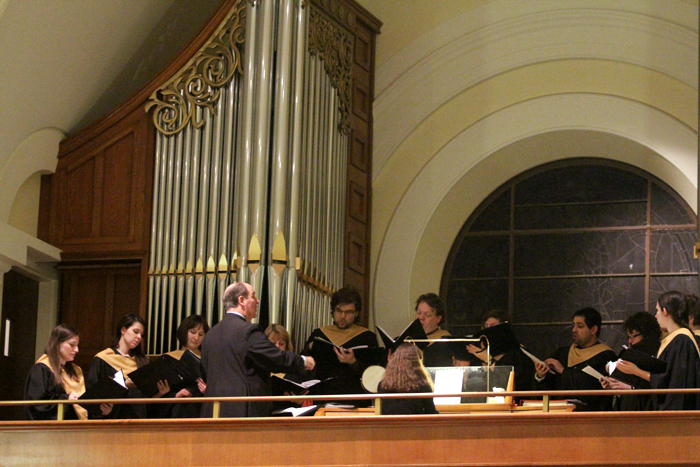 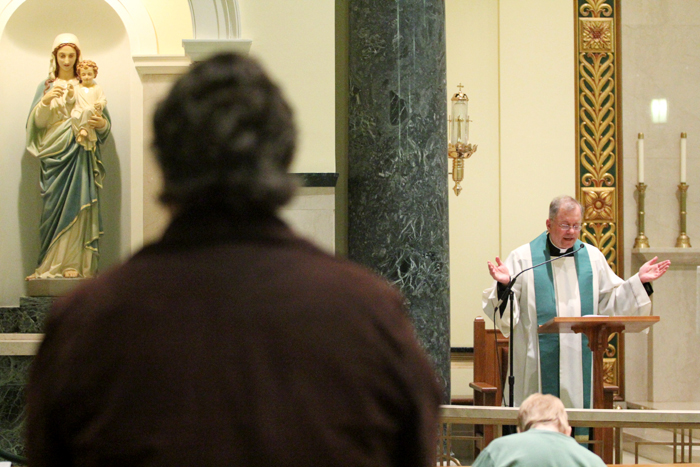 Father Dennis Gill, rector of the Cathedral Basilica of SS. Peter and Paul, leads the congregation in prayer. 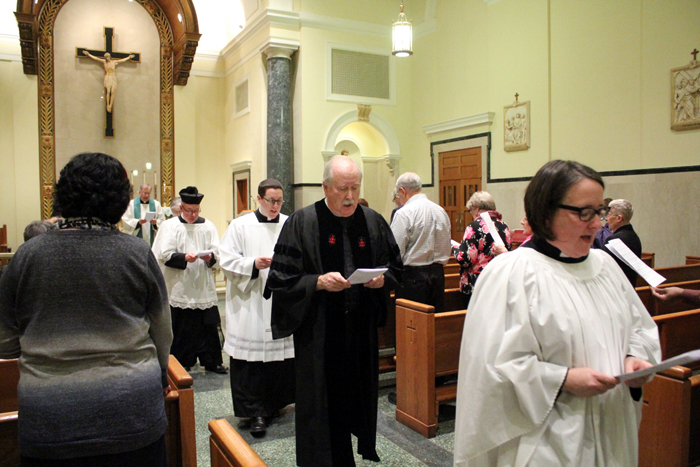 NEXT: A first for St. Joseph: 19th century mural placed on historic register